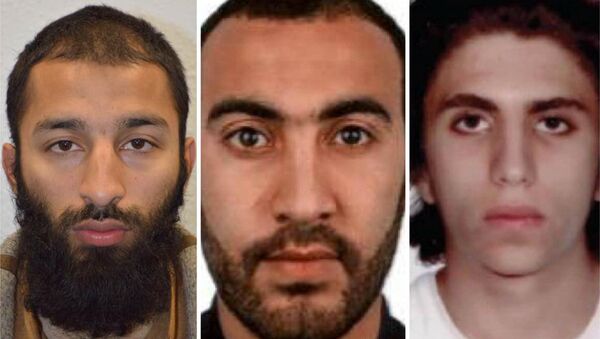 It has emerged that one of the three men involved in the London Bridge attack, Khuram Butt, had been pictured unfurling a Daesh flag in a British TV documentary. Scotland Yard has admitted they knew of him, but said there was no way of knowing he was planning such an attack.

Seven people were killed on June 3 and 48 injured when Butt and two other men drove a white van into crowds on London Bridge, and then got out and stabbed people in restaurants and bars in Borough Market. 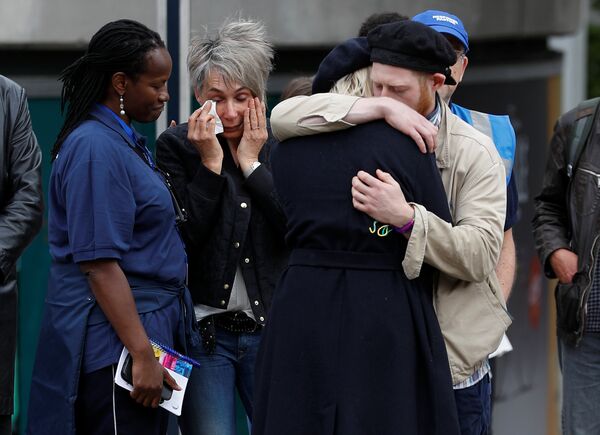 People react in front of floral tributes on the south side of London Bridge near Borough Market after an attack left 7 people dead and dozens of injured in London, Britain, June 5, 2017.
© REUTERS / Peter Nicholls

Armed police responded and within eight minutes had shot dead all three attackers.

Butt and Rachid Redouane were named on Monday (June 5) as two of the men responsible, and on Tuesday (June 6) the third man was named as Youssef Zaghba, an Italian of Moroccan origin.

The Corriere della Sera newspaper said Italian intelligence had made Zaghba's presence and movements known to the British authorities.

But the focus of attention remains on Butt, who had featured prominently in a 2016 Channel 4 documentary about extremists linked to the jailed preacher Anjem Choudary.

The Mayor of London, Sadiq Khan, said the police and MI5 must reveal what they had on file about Butt and Foreign Secretary Boris Johnson said he had appeared to have "slipped through our net" despite being in plain sight.

Butt, who was married with two children, had worked for London Underground as a trainee customer services assistant.

In the TV program he was seen arguing with police officers after displaying a black Daesh flag in a London park.

Butt, Redouane and Zaghba were all living in Barking, east London, at the time of the London Bridge attack.

One man in Barking had reported concerns about Butt to the anti-terrorism hotline in 2015 and another woman had said he was trying to radicalize her children and she was scared of him.

Metropolitan Police assistant commissioner Mark Rowley said an investigation into Butt began in 2015, but "there was no intelligence to suggest that this attack was being planned and the investigation had been prioritized accordingly."

Mr. Khan said: "Not unreasonably, these questions are being asked. I'm sure the police will look into what they knew, what they could have done, what they did do and if anything could have been done differently."

Detectives would like to hear from anyone who has any info about these men that may assist the investigation #LondonBridge #BoroughMarket pic.twitter.com/vicNZpzuNV

Butt, who was 27 as well and had been born in Pakistan, is understood to have been the attacker who was seen wearing an Arsenal football shirt at the time of the attack.

In the documentary, The Jihadis Next Door, filmmaker Jamie Roberts befriended Butt and several other Islamist extremists in London. Butt reportedly quoted the Koran in his final WhatsApp message three days before the attack.

Muslim leaders across Britain have denounced the attack, as well as the May 22 Manchester Arena bombing, as perverted distortions of Islam.

Abduttayyeb Hassanali, who took part in a vigil in London on Monday night with many members of the Dawoodi Bohra Muslim community, said: "I'm a British Muslim and I've lived in London my whole life. I wanted to come and show my support and pay my respects."