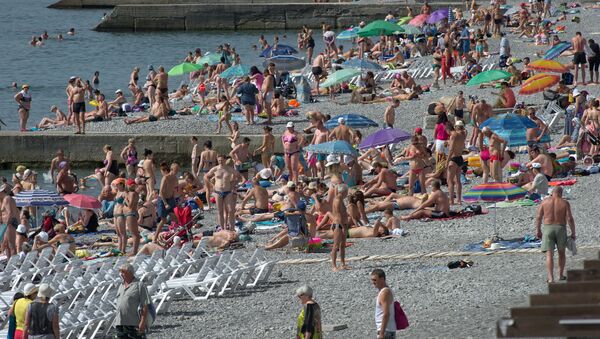 © Sputnik / Sergey Malgavko
/
Go to the photo bank
Subscribe
The European Union will extend sanctions against Crimea on June 19 "if nothing changes".

BRUSSELS (Sputnik) – Permanent representatives of the EU member states have agreed on the extension of sanctions against Crimea for another year, the formal decision on the issue is expected on June 19, a source in the Council of the European Union told Sputnik.

"The permanent representatives have today made a decision to extend the sanctions for a year without changes. If nothing changes, the foreign affairs council will approve this decision at the next meeting [June 19]," the source said.