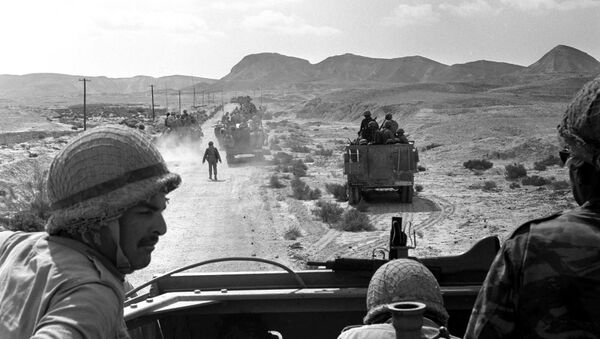 © AP Photo
Subscribe
The United Nations High Commissioner for Human Rights on Tuesday condemned Israel’s 50-year control over the West Bank, saying that it has “denied the Palestinians many of their most fundamental freedoms.”

The people of Palestine "deserve freedom, as all peoples do," Commissioner Zeid Ra’ad al-Hussein said in a statement to mark the 50th anniversary of the 1967 Six Day War. “They deserve to bring up their children safe in their homes, on their land, exercising their rights in their state, free from this long and bitter occupation."

Al-Hussein added that "Israelis also deserve freedom — a different sort of freedom, for they have long had their state, but they too have suffered grievously … The Israeli people have long endured unlawful attacks against their own civilian population, attacks which are often vicious, in clear violation of international humanitarian law, and also worthy of condemnation. Israelis too need to be free from this violence, from any existential threat posed to them."

Formerly Jordan’s representative to the UN, Al-Hussein wrote about the sights and sounds of war he experienced as a child near his family’s home in the capital city of Amman, which was close to the large Palestinian refugee camp al-Baqa’a.

He also talked about visiting important sites related to the Holocaust, and said that while that atrocity isn’t analogous to the displacement of Palestinians, "it is also undeniable that today, the Palestinian people mark a half-century of deep suffering under an occupation imposed by military force. An occupation which has denied the Palestinians many of their most fundamental freedoms, and has often been brutal in the way it has been realized; an occupation whose violations of international law have been systematic, and have been condemned time and again by virtually all States."

The Six-Day War began in 1967 when, out of fear of being attacked by Jordan, Egypt and Syria, Israel took control of the Gaza Strip, Golan Heights, East Jerusalem, the Sinai Peninsula and the West Bank, returning Sinai to Egypt in 1979 after signing a peace treaty.

Promised Land: Israel to Build More Settlements in the Teeth of Trump, UN

Elements both within and outside of Israel consider the ongoing control of Gaza as an illegal occupation, though Tel Aviv denies this. According to Zeid, "The end of the occupation must now be brought about, and soon. Maintain the occupation, and for both peoples there will only be a prolongation of immense pain … the weeping by loved ones for loved ones, the prayers, the curses, the hatreds and vengeance, the impossibility of a secure life for all. This can be ended."

UN Secretary General Antonio Guterres on Monday called for the establishment of a Palestinian state, criticizing Israel’s continued occupation of the West Bank.

"This occupation has imposed a heavy humanitarian and development burden on the Palestinian people,” he wrote. “It has fuelled recurring cycles of violence and retribution.  Its perpetuation is sending an unmistakable message to generations of Palestinians that their dream of statehood is destined to remain just that, a dream; and to Israelis that their desire for peace, security and regional recognition remains unattainable."