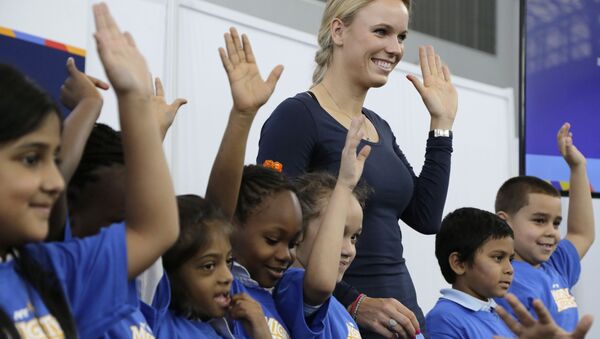 UK Private Highgate School Plans to Allow Boys Wear Skirts - Reports
It's official: schoolgirls are better at reading and writing than their male counterparts. This is the story that emerged after the California Department of Education released raw data on testing conducted back in 2016. Before that, testing statistics provided insight on ethnic and economic disparities, but failed to distinguish genders, as officials had claimed this kind of data sorting is costly and time-demanding, according to the Daily Caller.

CALmatters, a non-profit journalist venture, did that sorting themselves, and it brought them to a disturbing realization. It turns out girls of all ages and ethnicities outperform boys in basic reading and writing skills; even higher economic status doesn't help, according to media reports.

But it is among black school children in which the gender disparity is at its extreme, the journalists found.

"As early as fourth grade, for example, nearly 80 percent of black boys failed to meet state reading standards. Of all ethnic groups for which the state collects data, black boys trailed black girls by the widest margin," the Daily News reported.

In fact, black boys demonstrated worrisome statistics in several other educational areas. The study team noted that they are also much more likely to be suspended or to drop out of school than other demographic groups.

Unfortunately, raw data is still limited in other states. And, as in California, other states do not break the statistics down by gender.

"The state should report this data," said Ryan Smith, executive director of the education reform advocacy group Ed Trust-West. "One of the consistent things we find in our research is that schools and districts closing gaps for students of color tend to do more with data, not less."

Trump Guts Michelle Obama’s Education Program for Girls
The gender gap is universal, as similar disparities have been discovered in disparate cultures, such as Finland and Japan, the journalists noted. It was once a common conception that boys outperform girls in math and science, though, but it fades away as girls seemingly catch up in these fields, too.

Understanding the nature of the gender gap might allow the Department of Education to close the gaps it has been fighting with for decades. For example, the reading and writing disparity puts boys and girls on different ground when entering college.

"The ability to read well has a lot to do with the ability to get into college and the ability to do well while you're in college," says Tom Loveless, an education researcher at the Brookings Institution, a public policy think tank in Washington, DC.

Apart from the idea that boys and girls are simply "hardwired" differently, one possible explanation of the disparity may have to do with cultural norms and standards of masculinity.

"It is not considered manly to read and write or even excel academically. Several studies have shown that boys increasingly see school as a female pursuit and that various cultural cues depict reading and writing as feminine activity," the Daily News reported, but adds notes that the gap persists in every culture, so this explanation is also doubtful.

"Part of this may be structural, in having texts that aren't relevant to the experiences and legacy of African-American boys," pointed out Chris Chatmon, founding executive director of the African-American Male Achievement program at the Oakland Unified School District. "When a lot of the curriculum you have access to isn't familiar, or doesn't acknowledge your past or your present, you have a tendency not to be engaged with it or want to read it."

Other possibilities include insufficient recess time to allow boys to blow off steam and a largely female teaching workforce.

There is no definitive explanation for the problem, the authors acknowledged, and the Department of Education doesn't seem to paying much attention, having its hands full with other problems.

"Differences between boys and girls still pale in comparison to differences found by race, ethnicity and class," the Daily News noted.