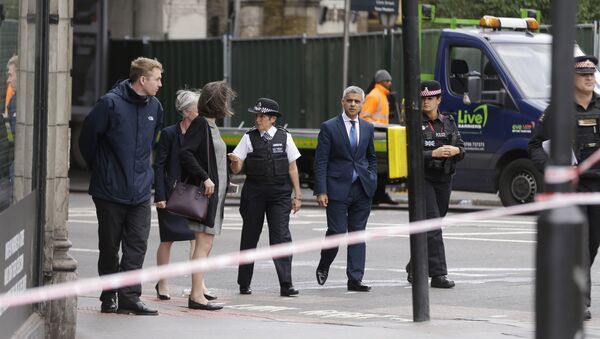 UK Metropolitan Police Commissioner Cressida Dick said that the United Kingdom is facing the terrorist threat which does not appear to be directed from overseas.

UK Leaders' London Bridge Attack Response Misses Underlying Causes of Terrorism
MOSCOW (Sputnik) — The terrorism threat within the United Kingdom does not seem to be originating from abroad, Metropolitan Police Commissioner Cressida Dick said Monday in the wake of the deadly terrorist attack in London.

"The majority of the threat we are facing does not appear to be directed from overseas," Dick told the BBC broadcaster, although stressing that there was "an international dimension" in three recent attacks in the United Kingdom.

Dick added that arming more police officers would not be the right response to the threat at the moment.

The United Kingdom has been hit with a series of terrorist attacks since the beginning of the year. The most recent incident took place on Saturday evening, when a three men driving a vehicle struck pedestrians on London Bridge before continuing in the direction of Borough Market. The three men then exited the vehicle and carried out a stabbing attack at the market. The attackers were confronted by the police and shot dead within minutes.

UK Facing 'Unprecedented' Increase in Terror Threats in Wake of London Attack
A similar attack took place on March 22, when a man drove his car into pedestrians on Westminster Bridge in London, killing five people including the attacker himself, and injuring at least 50 more.