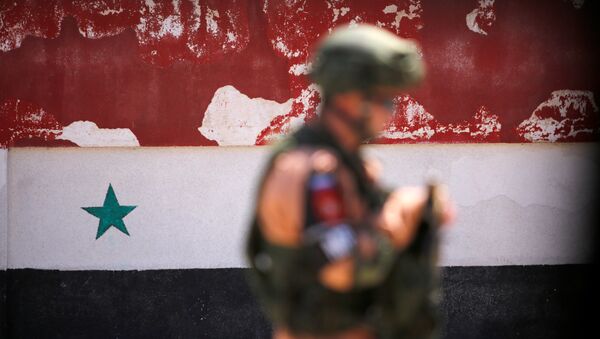 Over the past 24 hours, the Russian party to the Russia-Turkey Commission on violations of the Joint Agreement has registered 8 cases of firing in Syria, according to the statement of the Russian Defense Ministry.

Russia Registers 9 Ceasefire Violations in Syria Over Past 24 Hours - MoD
MOSCOW (Sputnik) — The Russian side in the Russian-Turkish commission on the Syrian truce has registered eight violations of the ceasefire regime over the past 24 hours, the Russian Defense Ministry said on Monday.

"Situation in the de-escalation zones is assessed as stable. Over the past 24 hours, the Russian party to the Russia-Turkey Commission on violations of the Joint Agreement has registered 8 cases of firing in the provinces of Damascus (6), and Hama (2). The Turkish party has registered 7 cases of ceasefire violations in the provinces of Daraa (3), Damascus (1), and Homs (3)," the ministry's Center for Syrian reconciliation said in a daily bulletin.

The majority of indiscriminate firing from small arms was carried out by the Islamic State (ISIL or Daesh) and Jabhat Fatah al Sham terrorist organizations, both banned in Russia, in the areas controlled by terrorists, according to the ministry.

G7 States Urge Russia, Iran to Influence Damascus to Ensure Syrian Ceasefire
The bulletin specified that a total of five armed groups joined the ceasefire agreements within the past 24 hours, bringing the number of such settlements to 1,547.

The fourth round of negotiations on the Syrian settlement, which took place in the Kazakh capital of Astana earlier in May, resulted in an agreement to create safety — or de-escalation — zones in Syria's Idlib province, as well as seven other regions. The monitoring and management of the safe zones is carried out by military personnel from Russia, Turkey and Iran, while third parties may be brought in if there are mutual arrangements made between the Syrian ceasefire guarantor states, according to Russian General Staff.