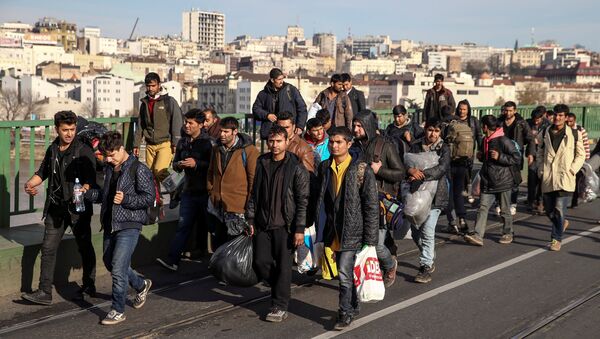 Over 50 percent of asylum-seekers polled in the German state of Bavaria revealed anti-Semitic views.

A new study by the Hanns Seidel Foundation, a think tank closely allied with the Christian Social Union political party, revealed that refugees polled in 2016 have consistently anti-Semitic beliefs.

The poll, conducted throughout 2016 in the Bavarian cities of Nuremberg and Pliening, interviewed almost 800 asylum-seekers from countries including Syria, Eritrea, Iraq and Afghanistan, according to the Jerusalem Post.

"More than half of Muslim asylum seekers showed clear tendencies of an anti —Semitic attitude pattern," wrote the authors of the study.

The study report also noted that "emotional prejudices against Israeli families" were prevalent in the participants' belief systems.

According to the Jerusalem Post, German intelligence — reporting in 2015 on the exploding refugee and migrant population in the country — wrote that, "We are importing Islamic extremism, Arab anti-Semitism, national and ethnic conflicts of other peoples as well as a different societal and legal understanding."

The Berlin intelligence report added that "German security agencies" would not be able to "solve these imported security problems" which, according to the report, explained "arising reactions from the German population," cited by Jpost.com.