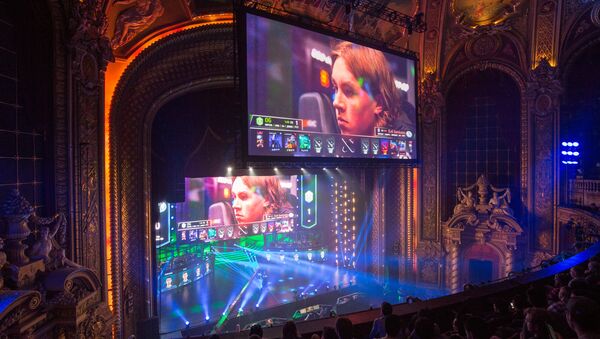 © AFP 2023 / Justin Saglio
Subscribe
International
India
Africa
On June 9-11, 2017, Dota 2 is coming to Moscow. Best teams from around the world will take part in EPICENTER: Moscow tournament. Ten teams will meet each other in a battle for a prize pool of a cool $500,000.

The group stage of EPICENTER will be held on June 4-7, and the play-off matches will be played on June 9-11.

Here is the group stage according to the results of the draw:

Trillion Dollar E-Sports Industry on its Way to Being in the Olympics
At this level, there are no weak teams in the tournament, so in both groups we will see some well- matched games. But it’s obvious that Natus Vincere was not particularly lucky. In the group stage they will meet with the current champions of the Kiev Major – OG, recent offenders from Team Secret, the strong Team Liquid from the West and China’s LFY. Another CIS team – Virtus.Pro — was luckier. They confidently showed themselves against Invictus Gaming. However, other teams from Group B cannot boast such stability.

According to the format of the tournament, each team in the group will play each other within the Group stage. The winners of the stage will immediately move on to the semi-finals. Those in second and third places will play against each other in the quarterfinals.