'Made in Russia' Brand May Enter European Market Within Two Years 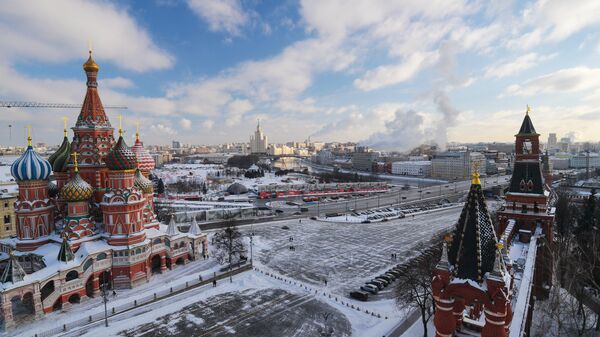 © Sputnik / Grigoriy Sisoev
/
Go to the mediabank
Subscribe
International
India
Africa
Vera Podguzova, the director of external communications at the Russian Export Center (REC), stated that the "Made in Russia" brand may appear on the European market in 2017-2018.

Russia
Made In Russia Brand Deal to Be Promoted at SPIEF - PR Chief
ST. PETERSBURG (Sputnik) — The "Made in Russia" brand may appear on the European market within the next two years, specifically, in Germany and the United Kingdom first, Vera Podguzova, the PR director at the REC, told Sputnik.

"In Europe, we have singled out Germany and the United Kingdom [for the promotion of the brand]. We are expecting to gradually begin our campaign [in Europe]. We are talking about 2017-2018," Podguzova said on the sidelines of the St. Petersburg International Economic Forum (SPIEF).

The PR head said that the project was oriented primarily toward Asian markets as the most promising ones and the REC was interested in Latin America as well.

Russia
Russian Export Center to Issue First Certificates for 'Made in Russia' Brand
According to Podguzova, the RT broadcaster would provide media support to the project in Europe, but the promotion campaign might also include small events.

At the forum held in St. Petersburg last week, the REC reached an agreement with RT on the promotion of the brand, as well as the production and placement of advertising. The broadcaster intends to use all of the means at its disposal, including sharing information about the brand with the subscribers of RT's video news agency RUPTLY.