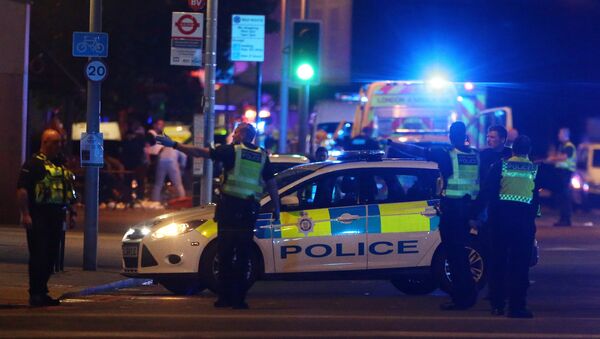 Metropolitan Police Arrest 12 People Following Deadly Attacks in London
LONDON (Sputnik) — London police did not find any other suspects of late Saturday's attack in central London except for those three killed at the scene, however their connections, as well as possible accomplices, are being studied, UK Metropolitan Police Assistant Commissioner Mark Rowley said Sunday.

"We are making significant progress in identifying the three attackers, and that there were no other suspects at the scene, when the attack was carried out. Work is ongoing to understand more about them, their connections and whether they were assisted or supported by anyone else," Rowley said, as quoted in a statement published on the police website.

The police confirmed that the perpetrators had used a rented car during the attack.

"We have established that the van used during the attack, a white Renault van — was recently hired by one of the attackers," Rowley said.

Police Conduct Raid at Home of London Terror Attack Suspect
On Saturday, at 22:08 local time (21:08 GMT), a vehicle struck pedestrians on London Bridge. The vehicle with three suspects continued to drive from London Bridge to Borough Market, after which the suspects left the vehicle and carried out a stabbing attack at the market. The attackers were confronted by the police and shot dead within minutes.