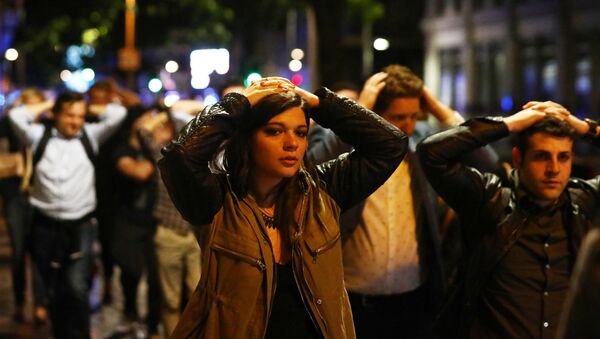 The UK will observe a minute’s silence on Tuesday 6 June 2017 at 11am in remembrance of the victims of Saturday's double terrorist attack in London, according to official statement.

According to the ministry, the injured person was taken to a hospital, and the injuries are "likely not serious."

One Canadian national was killed in the attack, while media reported that German and French nationals were among those injured.

Eiffel Tower to Go Dark Honoring Victims of London Terrorist Attack
Later in the day, German Interior Minister Thomas de Maiziere confirmed that two German nationals had been injured in the London attack, including one critically.

"We have been living with terrorism for a long time, but we are not going to get used to it," de Maiziere said as quoted by Sueddeutsche Zeitung newspaper.