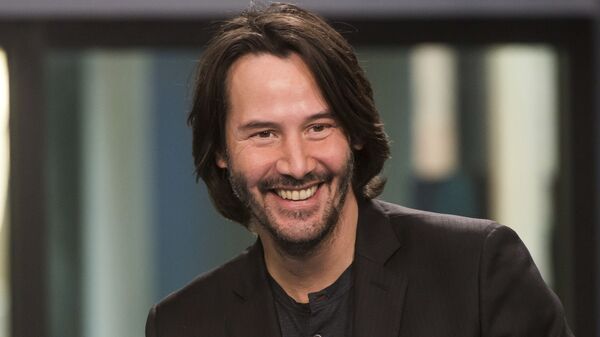 Hollywood actor Keanu Reeves will star in a Russian movie about Pippi Longstocking, where he will play the girl's father, the picture's producer told Sputnik on the sidelines of the Saint Petersburg International Economic Forum.

"[Keanu Reeves will play] one of the leading roles. He is a witch hunter," Alexei Petrukhin said.

Classy Guy Keanu Reeves Gives Up His Seat on Subway (VIDEO)
He specified that the movie called Pippi, expected to come out in 2019, will not follow her Swedish author Astrid Lindgren's book to a tee but will be based on its plot.

The Matrix star's ties with Russia seem to be burgeoning. In late May, he unexpectedly arrived in Saint Petersburg to shoot a part of Matthew Ross' romantic thriller Siberia, which really pleased his Russian fans. Some even organized a quest game called "Find Keanu in Saint Petersburg".