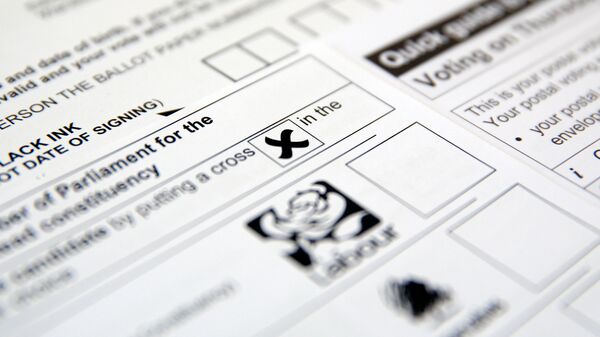 © REUTERS / Russell Boyce/Illustration
Subscribe
International
India
Africa
A fresh Survation poll shows that the gap between UK Labour Party and the Conservative Party narrowed to 1 percent with 4 days to go until snap general election on June 8.

The survey by Survation for the Mail on Sunday newspaper showed that the voting intention figures for the Labour Party rose by 5 percent over the week, amounting now to 39 percent, while chances of the Tories drop by 6 points down to 40 percent.

The survey also showed that Liberal Democrats and the eurosceptic UK Independence Party (UKIP) might receive 8 and 5 percents respectively.

On April 18, May announced her decision to hold an early parliamentary election on June 8 to overcome divisions in the parliament and succeed in the negotiations with the European Union on Brexit.