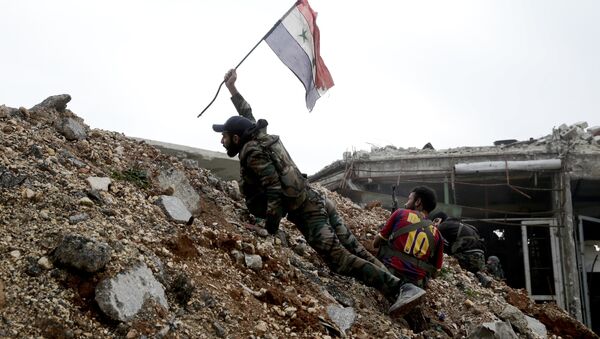 The Syrian army has wiped out 1,200 Daesh terrorists and liberated over 20 settlements in the eastern part of the Aleppo province since May 29, a Syrian military source told Sputnik on Saturday.

Syria's Aleppo Welcomes First Tourists Since 2012
BEIRUT (Sputnik) — The source added that the government troops managed to seize control over part of the strategically important area of Al-Tawahin, situated in the Syrian Coastal Mountain Range to the east of the highway leading to the city of Aleppo.

"Since May 29, the Syrian army liberated 22 villages in the eastern part of Aleppo province, eliminated 1,200 militants and destroyed more than 100 units of equipment of the enemy, 12 strongholds," the source said.