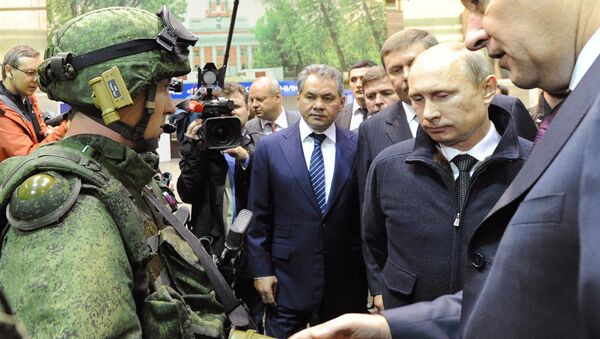 According to Shoigu, Ratnik surpasses foreign analogues in armor protection and it is two to three times ahead in all combat respects to other local systems.

“In terms of its characteristics, the military equipment outnumbers existing domestic counterparts by two to three times. Moreover, it not only does not yield to any foreign models, but it outstrips them in a number of aspects — primarily by its means of armored protection,” the minister said during a conference call on Friday.

Future of Warfare: All You Need to Know About Russia's 'Ratnik' Combat System
The Ratnik system is designed to improve the connectivity and combat effectiveness of combat personnel in the Russian Armed Forces.

It is equipped with the latest communication, reconnaissance, electronic warfare systems, as well as equipment for the Ratnik servicemen, including modern types of small arms, were put to test.

Shoigu further said that by the instructions of the Russian president, since 2014, 50,000 sets of Ratnik combat equipment has been supplied to the troops each year.

As a result, "the availability of military units and units of constant readiness with modern combat equipment averages 42%," the minister said.

The improvements to the system include modernized body armor, a helmet with a special eye monitor (thermal, night vision monocular, flashlight), communication systems and special headphones. It includes 10 subsystems and 59 individual items.

In Syria, this system is actively being used by marines who are defending the Hmeymim base and by the military police units and fighters of the Special Operations Forces.