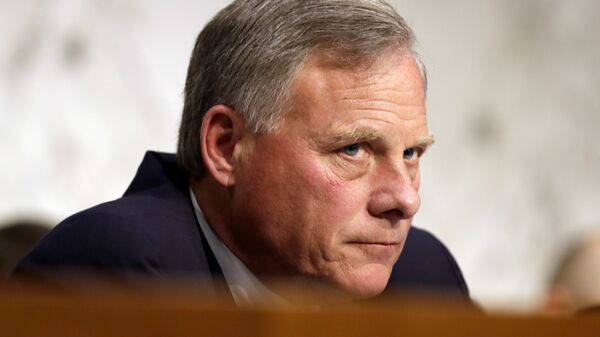 © AP Photo / Jacquelyn Martin
Subscribe
International
India
Africa
US President Donald Trump has agreed to the highly unusual demand by Senator Richard Burr (R-NC) that all unredacted copies of the notorious 2014 CIA torture report be made immune to Freedom of Information Act (FOIA) requests by having them returned to Congress, igniting another Capitol Hill transparency turf war.

Following the 2014 release of a heavily redacted version of the 6,700-page report denouncing the post-9/11 CIA torture and rendition program as unnecessarily cruel and completely ineffectual, many Washington lawmakers, including Senator Dianne Feinstein (D-CA) — who led the Senate committee that wrote the report — sought to have the entire findings published to ensure that the practice would never again be used.

Now, it appears that the original Senate Intelligence Committee report — a damning excoriation of illegal CIA practices — will be buried, as Republicans, backed by Trump, move to have all original copies returned to Burr. According to Reuters, it is expected that Burr will have them hidden from public scrutiny forever.

FOIA requests can be used to access information requests to the executive, and other branches of the US government, but do not apply to documents produced by Congress.

In an email statement cited by Reuters, Burr stated that, "I have directed my staff to retrieve copies of the Congressional study that remain with the Executive Branch agencies and, as the Committee does with all classified and compartmented information, will enact the necessary measures to protect the sensitive sources and methods contained within the report."

Unable to release it herself, Feinstein, after leading the committee that wrote the highly critical torture report, in 2014 ordered copies of the unredacted original to be sent to several federal agencies in the hopes that a Freedom of Information Act (FOIA) request would result in its eventual release to the public.

Feinstein stated last week that she was "concerned and disappointed" over Burr's demand, observing that the move is a marked departure from the Senate Intelligence Committee's ordinary bipartisan method of operation.

"No senator, chairman or not, has the authority to erase history. I believe that is the intent of the chairman in this case," Feinstein said, cited by Reuters.

Other lawmakers have expressed their disapproval with Burr's move to shield the damning evidence contained within the exhaustive report from the public.

Senator Mark Warner (D-VA), Feinstein's top Democratic successor in the bipartisan committee, tweeted that he was "disappointed" with Burr's move, adding that the torture report "must be preserved so we can learn from past mistakes & ensure that abuses are never repeated."

The American Civil Liberties Union previously filed to have the unredacted version of the report released, but US courts decreed it was exempt from the FOIA because the document was created by Congress.

One known copy of the notorious report has been preserved in the archives of former US President Barack Obama, based on information contained within a letter written on December 9, 2016 to Feinstein by W. Neil Eggleston, Obama's top White House lawyer at the time.

The report concluded that no act of terrorism was prevented by the CIA's use of torture.