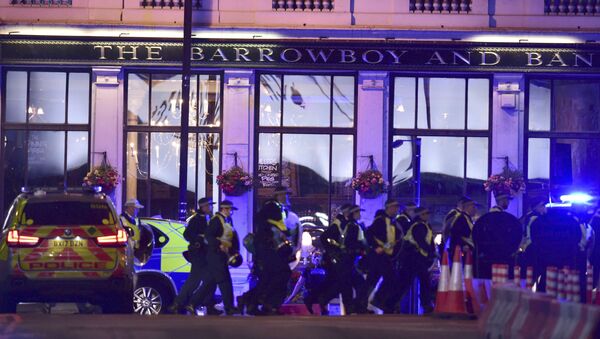 London Metropolitan Police reported that they are responding to third incident at Vauxhall area as well as Borough Market and London Bridge.

Officers are now responding to an incident in the #Vauxhall area. 3/3

​The are no immediate reports of casualties in this area.

The police reported that the incident was a stabbing and was not connected to the two previous incidents.

​Earlier, the police were dispatched to a "major police incident" on London Bridge, where it appears a van travelling at a high speed may have deliberately crashed into pedestrians. Also there were reports on stabbing and shooting in the area, several people might have been injured.

Borough Market is about 500 meters from London Bridge, where the first incident took place.

Police confirmed RIA Novosti that three incidents took place and that there were wounded and more than one killed.

The police declared the two incidents as a stabbing attack.