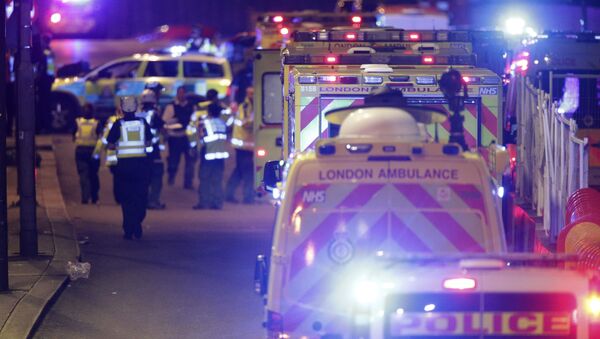 In the incidents, a van deliberately mowed down pedestrians near London Bridge, killing at least one and perhaps seven. Shortly afterward, a stabbing attack using what some witnesses have described as a "foot-long" knife was reported in nearby Borough Market.

The attacks were declared terrorism shortly after midnight, London time. A third incident in Vauxhall, apparently a stabbing, was not related to the terrorist attacks on London Bridge and Borough Market, the police have said.