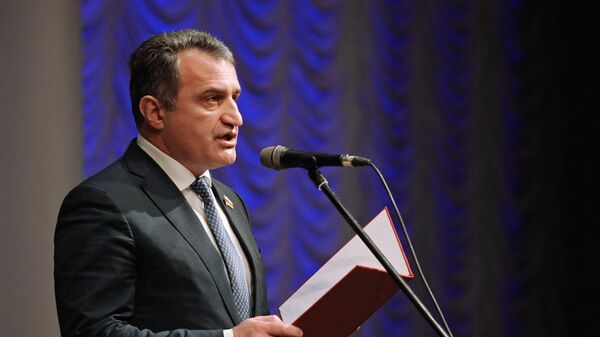 President of South Ossetia Anatoly Bibilov told Sputnik on Friday that its referendum to join Russia could be delayed this year.

ST. PETERSBURG (Sputnik) — The European Union does not recognize neither South Ossetia's presidential election nor its referendum on renaming the republic to "Alania", both of which were held on April 9.

"No one denies the idea of holding a referendum, the people of South Ossetia want to hold it and we will come to this sooner or later," Bibilov said on the sidelines of the St. Petersburg International Economic Forum (SPIEF).

He stressed the need to consult with the political forces within the partially recognized the republic as well as with in Russia.

"Unless we hold consultations, we will not set out a kind of 'road map' for our future, of course, it will be hard to take any steps," Bibilov said.