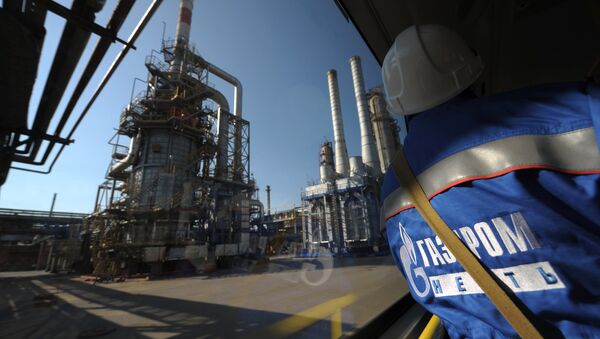 “Taking into account the large experience of OMV in the Middle East, particularly in Iran, I am sure that the joint geological assessment of the assets would be highly effective,” Yakovlev said, as quoted in the company's press release.

The deputy CEO noted that the Middle East is particularly important for Gazprom Neft's long-term strategic development, as the Gazprom subsidiary has already been conducting a number of high-profile projects in the region, most notably working on the Badra oilfield in the east of Iraq.

The companies have also signed a memorandum of understanding at the St. Petersburg International Economic Forum (SPEIF), where Sputnik is an official media partner.

SPIEF, held in Russia's second largest city of St. Petersburg between Thursday and Saturday, is a major global platform for business representatives, where crucial economic issues are discussed. The Sputnik news agency is an official media partner of the forum.