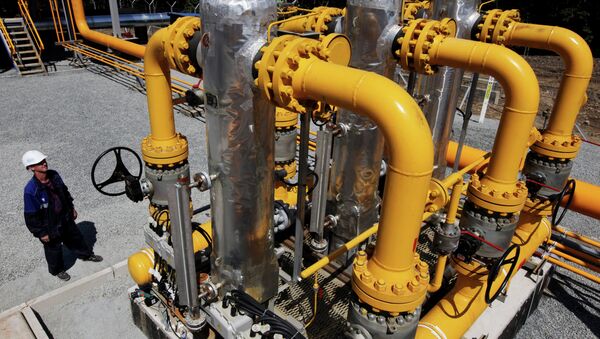 "Negotiations are ongoing, not yet finished. We hope that they will soon reach the final phase," Novak said Friday.

He spoke on the sidelines of the St. Petersburg International Economic Forum (SPIEF), where Sputnik is the official media partner.

The company is also working with Japanese firms in implementing offshore projects in the Arctic, Novak said, expressing hopes that areas of common interest will be found.

"As far as I know, the corresponding work at the corporate level is underway. We hope that our companies will find common ground in this matter," Novak said.

Moreover, the Russian government is holding discussions over extending the Sakhalin-1 oil project production sharing agreement (PSA) as requested by the ExxonMobil operator.

"No, there are currently no final decisions on the extension. There is a request form the operator, ExxonMobil. There is discussion in the government. There is no final solution yet," Novak said.

Gazprom Discusses Gas Deliveries to EU With Greece at SPIEF Forum
Russia's oil production forecast this year has been revised from 549 million metric tonnes to 547 million tonnes with the recently extended Vienna Agreement while export is expected to total 257 million tonnes, Novak said.

In 2018, production is expected within the range of 547-551 million tonnes depending on the operating conditions of the oil industry, he added.

He spoke on the sidelines of the St. Petersburg International Economic Forum (SPIEF), where Sputnik is the official media partner.