Russia's New 'Federation' Spacecraft to be Launched from Baikonur in 2022 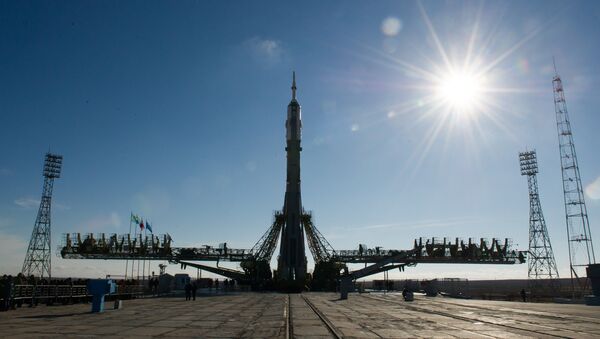 Earlier reports indicated that the Federation would be launched from the Vostochny cosmodrome in Russia's Far East.

"There is a decision that the first launch of the Federation manned spacecraft will be carried out on a Soyuz-5 rocket from the Baikonur cosmodrome," Roscosmos head Igor Komarov said said on the sidelines of the St. Petersburg International Economic Forum (SPIEF).

Russia's Energia space corporation said in March that the Federation, which is 80 percent built of composite materials, will be manufactured by 2021.

Russia to Launch 15 Rockets From Baikonur, 6 From Plesetsk, 2 From Vostochny
According to Energia, the Federation spacecraft has been designed to deliver up to four people and cargo to the Moon and space stations in low Earth orbits. The spacecraft’s autonomous flight period is estimated at up to 30 days, with the capacity to stay attached to a space station for up to a year.

"We understand that there are specific requirements on our part and on the part of the Russian Defense Ministry in terms of ensuring the safety of the launches and the need for them. The Vostochny spaceport will be shared with the Defense Ministry," Komarov said on the sidelines of the St. Petersburg International Economic Forum (SPIEF).

Plans for Vostochny earlier envisioned only the civilian use.