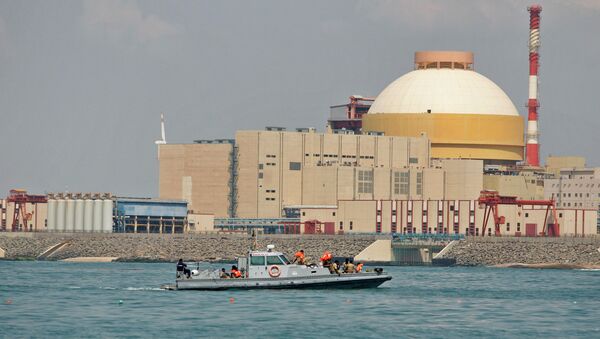 ST. PETERSBURG (Sputnik) — The construction of the Indian Kudankulam NPP was initially agreed by the Soviet Union and India in 1988, but the project was in limbo. The Nuclear Power Corporation of India and Russia's nuclear agency Rosatom launched a joint project to build the NPP in 2012. The first unit reached full capacity in July 2014.

The second unit was connected to India's national power grid in August 2016 and and reached full capacity in January 2017.

"We are determined to obtain this site from India by the end of the year and begin development works there," Alexey Likhachev said on the sidelines of the St. Petersburg International Economic Forum (SPIEF) Friday.

Russia Hands India Kudankulam NPP's 2nd Unit for Guarantee Maintenance - ASE
Likhachev said Indian Prime Minister Narendra Modi, on a visit to Russia on Thursday, promised that "in the near future, India will tell us on what new site the series of new NPP blocks of Russian design of six, maybe eight blocks."