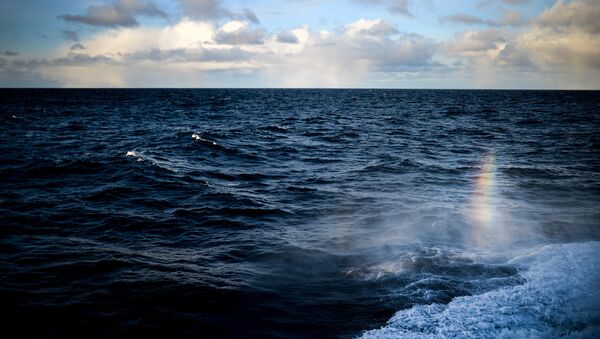 Norwegian geophysicists managed to explain the origin of giant craters on the bottom of the Barents Sea, the Centre for Arctic Gas Hydrate, Climate and the Environment (Norway) reported.

Russia's Obninsk Nuclear Sub Performs Torpedo Firing in Barents Sea
According to a study, published in the Science journal, large craters located on the bottom of the Barents Sea, most likely formed as a result of methane released about 12,000 years ago.

Experts came to this conclusion after analyzing about one hundred craters with a diameter of 300-1,000 meters.

"As the climate warmed, and the ice sheet collapsed, enormous amounts of methane were abruptly released. This created massive craters that are still actively seeping methane," Karin Andreassen, professor at the CAGE Centre for Arctic Gas Hydrate, Environment and Climate, was quoted as saying.

Into the Abyss: Explore Seven of the World's Most Interesting Craters
Using various models, scientists assessed when the release of the gas started (about 15,000-17,000 years ago). When the ice sheet covering the crater areas collapsed, it resulted in methane blow-outs (about 11,000-12,000 years ago).

The study is important in terms of analyzing the transportation of methane to the hydrosphere and the atmosphere of the Earth. Methane is a potent greenhouse gas that is a major concern for climate change.