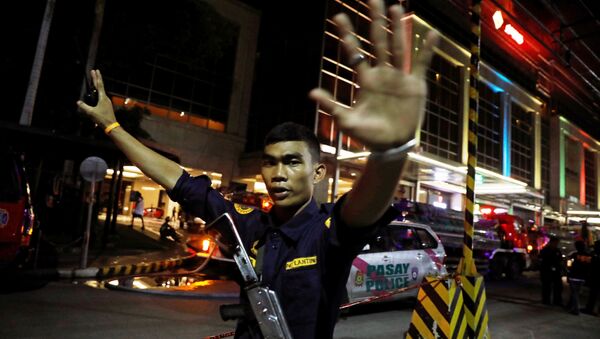 © REUTERS / Erik De Castro
Subscribe
International
India
Africa
An attack at a casino and hotel resort in the Philippines has ended with the deaths of at least 36 people. But it appears now it was a bungled robbery, rather than a terrorist attack.

Elizabeth Gonzales, the wife of Philippine congressman Aurelio "Dong" Gonzales, was among those who were killed in the attack at the resort in the capital, Manila, in the early hours of Friday morning, June 2.

Earlier it was reported at least 30 bodies had been found in the Resorts World Manila leisure complex. 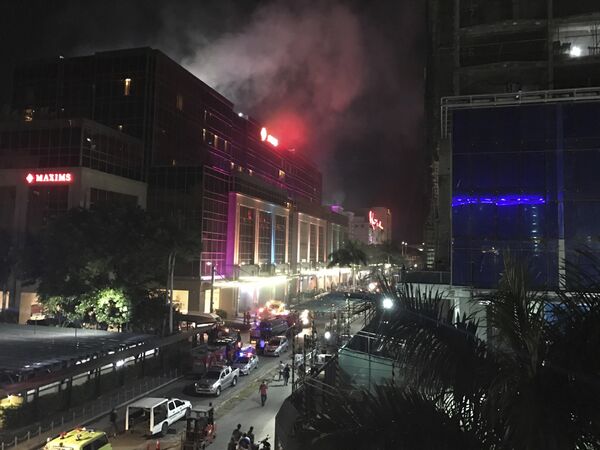 Resorts World Manila confirmed on Friday that 22 guests and 13 employees had been killed. The attacker was also among the dead.

Most of those who died are believed to have been shot or died after breathing in toxic fumes after the attacker set casino tables on fire.

Be safe all my manila friends, I pray for you all! #manila #resortsworldmanila pic.twitter.com/GhUNset6mJ

Daesh claimed responsibility for the attack, just as they did after the Manchester suicide bombing last week. 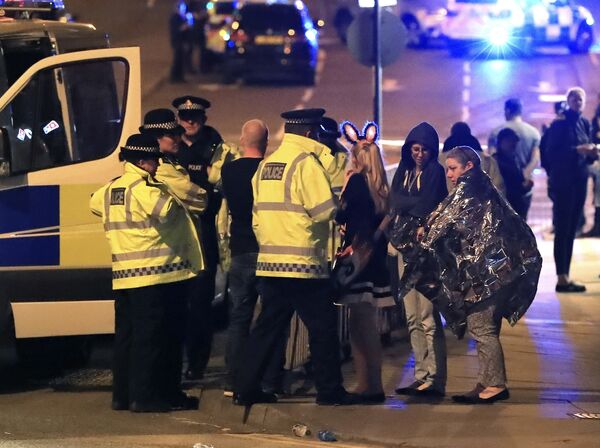 Emergency services personnel speak to people outside Manchester Arena after reports of an explosion at the venue during an Ariana Grande concert in Manchester, England, Monday, May 22, 2017.
© AP Photo / Peter Byrne

But the Philippine National Police has refused to call the incident a terrorist attack and has suggested the lone attacker was actually a bungling robber.

He reportedly stole US$226,000 worth of gambling chips from a storeroom in the resort and shot himself in the head after being surrounded by police.

The President of the Philippines Senate, Aquilino "Koko" Pimentel III said the attack was a "criminal" act "not related to any invasion, rebellion or even terrorism."

"Remember terrorism under our laws has a technical meaning. Although we were alarmed and even terrorized by the incident, it still does not qualify as a terroristic act under our laws."

The Philippines has a long-standing problem with Islamist terrorists, especially on the largely Muslim island of Mindanao.

The largest group, Abu Sayyaf, have sworn allegiance to Daesh. Two brothers, Omar and Abdullah Maute, are leading another group of Islamists who have been involved in heavy fighting with the Philippines Army in the city of Marawi.

It is quite possible that an attacker aligned with one of these groups was sent north to Manila to cause chaos and possibly divert away military resources from Mindanao.

But it is too early to tell and some police sources in Manila seem to be suggesting the attack was just an abortive robbery.

The police released stills from a CCTV camera within the resort showing the attacker armed with what appeared to be a submachine gun.

Resorts World Manila issued a statement on Facebook in which they released the names of 29 of the victims on Friday.

On Thursday, June 1, the House of Representatives in Manila voted to support the declaration of martial law in Mindanao, after receiving reassurances that martial law abuses during the regime of President Ferdinand Marcos in the 1980s would not be repeated.

One of the security guards, Bernard Cajigas, survived a gunshot wound.

Resorts World Manila also added: "We would like to take this opportunity to refute claims circulating online that there were two assailants involved in the incident. We reiterate that there was only one gunman involved in this senseless attack.

"On behalf of the victims' families and loved ones, we request everyone to refrain from spreading hurtful speculation and false information."