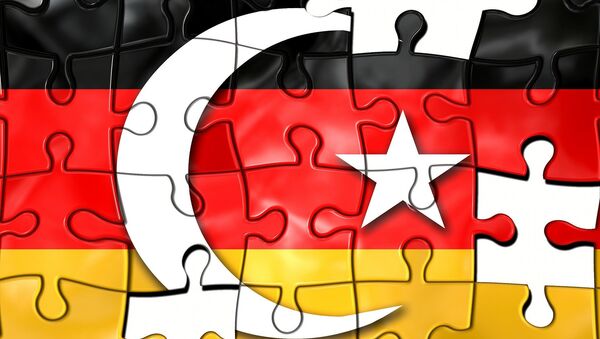 Germany Wants to Prevent 2018 NATO Summit From Being Held in Turkey
In an interview with Sputnik, Turkish political analyst Mesut Hakki Casin described the German media’s criticism of Ankara as a “smear campaign” and an attempt to undermine the countrry’s position in the world.

“The Turkish army is the third biggest in NATO and our partnership is absolutely vital in the ongoing war on terror. I believe that the differences that now exist between us should be resolved by closer diplomatic ties, not by means of media manipulation, which is bad for NATO itself,” Casin told Sputnik Turkey.

“It is US-German relations that are the main problem here, not those between Turkey and Germany. During the recent NATO summit in Brussels, [US President] Trump accused some members of the alliance, above all Germany, of failing to live up to their commitments to NATO,” Mesut Casin continued.

He said that the current crisis between Turkey and Germany stemmed from that fact that some of the Turkish personnel of the Incirlik airbase who had fled to Germany after last year’s failed coup never returned home.

“Germany is not extraditing the suspected members of FETO (an Islamic transnational religious and social movement founded by exiled opposition leader Fethullah Gulen). They argue that in Turkey these people will be subjected to torture. Moreover, the Germans are arming the Kurdish Democratic Union Party and some of their MPs are propagating the ideas of the Kurdistan Workers Party,” Mesut Casin complained.

Former Turkish ambassador to Iraq, Unal Cevizkoz, was less pessimistic though, saying that the current cool between the two countries was in part due to Chancellor Angela Merkel’s desire to paly on the Germans’ anti-Turkish sentiment to win the parliamentary electuions in September.

“I don’t think that the current tensions [between Turkey and Germany] would lead to any protracted crisis betwen Turkey and NATO. Some NATO members may not endorse Istanbul as the venue of next year’s NATO summit, but this would hardly be seen as a sign of any drawn-out crisis between NATO and Turkey,” Unal Cevizkoz said.

Meanwhile, Turkey and Germany are heading for a showdown after a delegation of German MPs was denied approval to visit Bundeswehr soldiers stationed at Incirlik airbase in southern Turkey.

Berlin is likely to pull its troops out of the base. If it does, this could seriously hamper operations against Daesh terrorists in Syria conducted out of the strategic airbase.

Germany Accuses Turkey of 'Entry Ban' in Latest Spat Between Ankara and Berlin
Turkey's latest move comes hard on the heels of Berlin’s decision to grant asylum to a number of Turkish military officers, who faced persecution following the failed coup in Turkey on July 15, 2016.

President Erdogan accused Berlin of “sheltering” Turkey’s enemies after Germany cancelled rallies by Turkish expats who were due to be addressed by ministers from Ankara ahead of a constitutional referendum, proposed by Erdogan.

Ankara also threatened to cancel the refugee deal it signed with the European Union in March 2016.

The agreement aims to check the flow of smuggled migrants and asylum seekers traveling across the Aegean from Turkey to the Greek islands by allowing Greece to return many of them to Turkey.