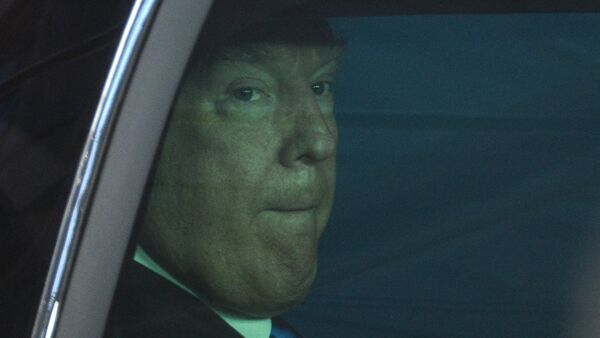 The US is considering giving back to Russia two diplomatic compounds it seized in December 2016 over allegations of Moscow's interference in the US presidential election. In an interview with Radio Sputnik, political scientist Grigory Dobromelov noted that the current administration tries to correct the mistake of its predecessors.

"As we know, it was one of the last accords of the outgoing US President Barack Obama in an attempt to maximally annoy Russia and show that Russia allegedly actively conducted espionage activities in the US. Therefore, it is logical that Trump's administration makes up for such an absurd and stupid diplomatic move — the closure of access to residences — because this has caused nothing but irritation in relations between the two countries," Dobromelov told Radio Sputnik.

US Denies Access to 2 Russian Diplomatic Compounds Without Written Permission
Earlier, it was reported that the United States is taking steps to give back to Russia two diplomatic compounds it froze back in December.

Sources in the know also told The Washington Post that the new administration no longer linked the handover of the retreats near New York City and in the state of Maryland to the construction of a new US consulate on a certain parcel of land in St. Petersburg.

According to the analyst, such a step by the US administration is quite pragmatic.

"Trump and his administration act absolutely pragmatically by not linking the return of residences with the resumption of the US Consulate construction in St. Petersburg. We know that active construction of a new building is also underway in the US Embassy in Moscow. The United States is interested in developing infrastructure in Russia, thus it is a logical step serving American interests and not indicating any special relationship between Donald Trump and Vladimir Putin. It is a simple pragmatic step," Dobromelov said.

Eastern European States 'See a Threat in US Policy, Rather Than in Russia'
At the same time, The Washington Post noted that before unfreezing the properties, Washington would consider such options as scrapping their diplomatic immunity, which would give US police access to the buildings.

The compounds were bought by the Soviet government last century. But under US law, the Office of Foreign Missions can restrict access to such properties.
Earlier, Russian Foreign Ministry spokeswoman Maria Zakharova said that Moscow could file financial claims over suffered losses.

"The Russian Foreign Ministry does not rule out the possibility of filing financial claims to the US because of the damage from the illegal blocking of Russian property," Zakharova said during a visit to the Rossiya Segodnya International Information Agency stand at the St. Petersburg International Economic Forum (SPIEF).