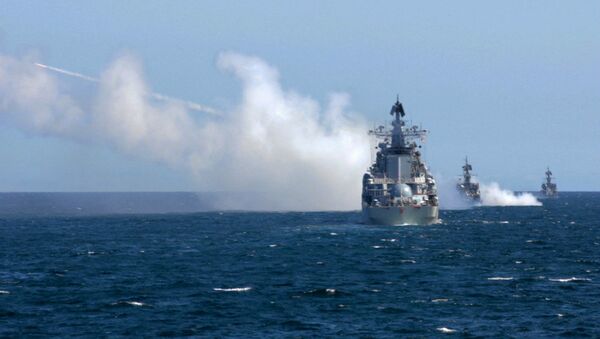 © Photo : Russian Defence Ministry
Subscribe
International
India
Africa
As competition for the Arctic mineral wealth heats up and NATO continues to build up its military presence near Russia’s western borders, the Northern Fleet is becoming key to ensuring the country’s national security and economic interests.

Russian Northern Fleet Gets Over 100 New Weaponry Pieces, Including S-400
A multirole long-range frigate, the Admiral Gorshkov, and a large landing ship, the Ivan Gern, are slated to be commissioned before the end of this year.

Russia's Northern Fleet to Ensure Country's Global Naval Presence in 2017
It also ensured the deployment of strategic missile submarines, control over the coastal areas adjacent to the Scandinavian peninsula and safeguarded the country’s economic interests in its zone of responsibility.