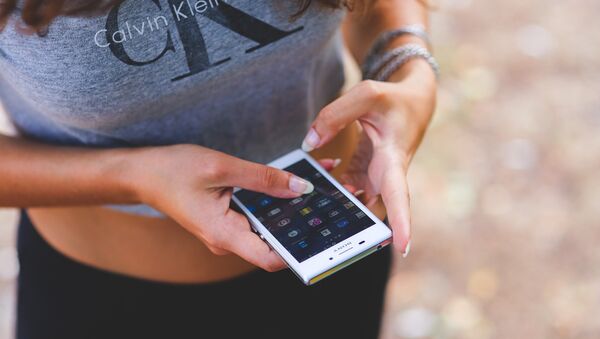 © Photo : Pixabay
Subscribe
A US-based company has launched an app called Gleeden for married individuals looking for some extra fun and has already got over 100,000 subscribers in India. The site offers free membership to women, while men are charged packages starting at less than US$12.

NEW DELHI (Sputnik) — India's online dating market is estimated to be around $130 million and Gleeden wants to carve a niche for itself in a country where promiscuity is considered a sin, and in some cases, can also attract severe legal consequences.

Swiped Away: Rise in Online Harassment of Women via Dating Apps

The team at Gleeden, however, thinks extramarital dating is a natural thing.

"When you are married for a few years, you need some excitement which people are now finding online," Livemint quoted Solène Paillet, head of communications and manager of the all women-team at Gleeden.

US Senate Approved to Conduct Business on Encrypted Messaging App Signal
Explaining the idea behind Gleeden, Paillet said their app is aimed at creating an anonymous, secure and discreet space for married people.

"It was inconvenient for married people to meet others since they had to find partners in some dark circles. The idea is to create a space where extramarital encounters are confidential and discreet," the report added. It also claims that an overwhelming 75 percent of Gleeden subscribers are men, while women members number a little over 31,000. The app has seen the highest traffic in Mumbai, followed by New Delhi and Bengaluru, the report said.

Experts said that while the number of people interested in the app is minuscule to conclude that it is becoming a common trend, there has been a spike in people looking for extramarital affairs.

"One can't say that it is becoming a widespread phenomenon. In percentage terms, perhaps not even one percent people of our population are using these apps to find dates. But the number of such apps being developed and finding subscribers means there is some demand, however, small it may be," Dr Rajesh Kumar Burman, a Delhi-based psychiatrist and clinical sexologist, told Sputnik.