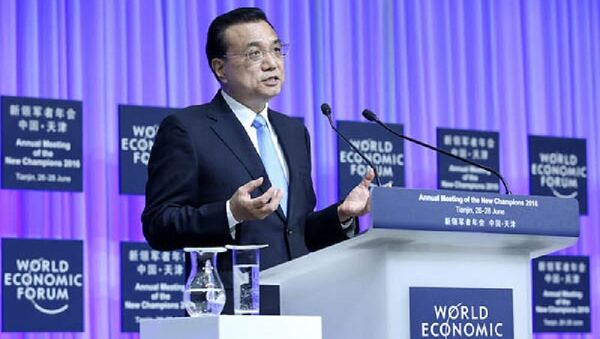 BERLIN (Sputnik) — The Chinese premier met with German Chancellor Angela Merkel after arriving in Germany for his European tour earlier in the day.

Putin Speaks of Ties With Germany Under Merkel's Leadership

"Germany is China’s most important partner within the European Union" Li said during a joint press conference after meeting Merkel.

The premier stressed that the two leaders were able to discuss a wide range of topics and managed to agree on even closer cooperation.

"We are ready to contribute to global peace and stability," he added.

The Chinese premier is also scheduled to meet German President Frank-Walter Steinmeier. Germany is the first stop in Li Keqiang’s three-day tour of Europe. He is to arrive in Belgium later on and co-chair the China-EU leaders’ meeting with European Commission President Jean-Claude Juncker and European Council President Donald Tusk.