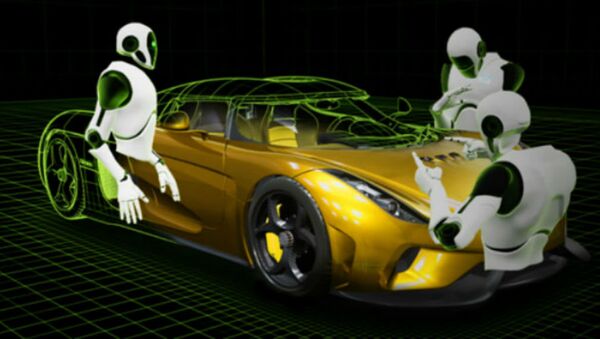 © Nvidia
Subscribe
Some of tomorrow’s household and industrial robots will train on simulators in the same way that humans simulate flying before becoming pilots.

Speaking at the 2017 Computex conference in Taipei on May 30, Tech firm Nvidia’s CEO Jensen Huang said Star Trek gave him the inspiration for the project.

“That future is upon us,” Huang told the crowd.

Robots of the future will be intelligent, but not without the help of “teachers” to guide them along the way. Nvidia created the Isaac Robot Simulator (IRS) to make it easier to construct and train intelligent machines, the company said.

While forecasting every possible interaction between a robot and its environment can be an extensive and time-consuming process, IRS purports to make this process exponentially faster.

“Working within this virtual environment, developers can set up extensive test scenarios using deep learning training, and then simulate them in minutes — which would otherwise take months to perform,”  Nvidia announced May 10.

It will also be much safer. Instead of making mistakes on a factory assembly line, robots will be able to mess up and learn in virtual reality. Robot makers could then input this data into the “minds” of the AI machines for real-world units, the firm explained.

In addition to his private space company and an electric car firm worth more than GM and Ford combined, Elon Musk has funded the non-profit group OpenAI, which is also working on solutions to make VR effective for AI robots, according to the firm’s website.