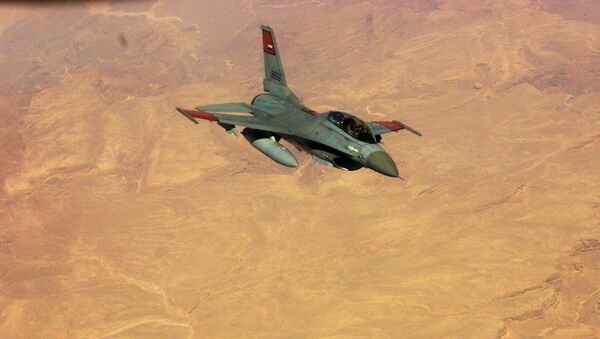 Egypt's aerial campaign in Libya is likely to make the security situation in the embattled country even worse, managing director of the Libya-Analysis consultancy and deputy director at Eye on ISIS in Libya, Rhiannon Smith, told Radio Sputnik.

"The situation in Libya is currently very complex. You essentially have two competing governments and many different militias, with some of them linked to jihadist groups," she said. "It's really currently a fight for who controls not only the country's resources, but also the political power and who has presence in the international stage."

Although Cairo has coordinated its operation with the Libyan National Army, one of the groups vying for power in Libya, the joint operation prompted a sharp response from the UN-backed Government of National Accord, which criticized the airstrikes for violating Libyan sovereignty, Smith said.

"This is the key thing to know that Egypt is only working with one of Libya's many militia factions," she added.

The analyst further said that Egypt appears to have used a dubious pretext to carry out the operation on Libya.

"Egypt is saying that they bombed Derna because of [Daesh] links, but [Daesh] was actually driven out of the city more than two years ago. Although there are some al-Qaeda-linked groups in Derna, it's very unclear what links these groups have to the attack in Egypt. So many analysts see this as sort of an opportunistic attack by Egypt to support their ally Haftar and the Libyan National Army. For this reason it could very much complicate the situation by strengthening one group against another and provoking further conflict," she said.

Smith emphasized that "sporadic" airstrikes without a broad political coalition against radical groups are not enough to tackle terrorism.

"If you just launch reactive airstrikes against certain cities, this is not going to solve the problem and may actually worsen the instability in Libya," she said.

United Front: Russia and Egypt 'Committed to Counter' US-Saudi Policy in Mideast
Egypt has carried out several aerial missions in Libya in recent days following a terrorist attack in the southern Egyptian province of Minya last Friday. Daesh claimed responsibility for the attack which claimed 29 lives.

Egyptian Major General Abdurrafia Derwish and Libyan MP Bashir told Sputnik Persian that Cairo's aerial campaign has been coordinated with the Libyan National Army, meaning that it does not violate international law.

"International law allows Egypt to launch airstrikes to protect the national security of the country since this operation has been authorized by the Libyan National Army," Derwish said. "This campaign comes too late. We need to act decisively against the militants."