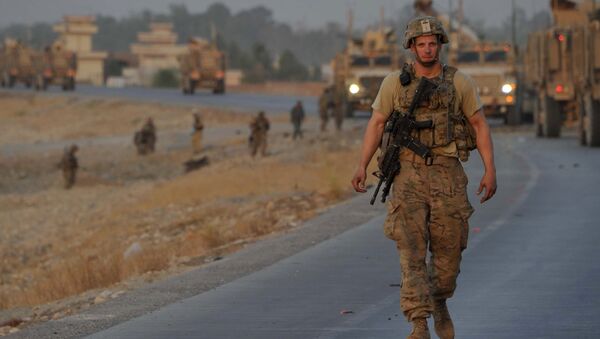 Retired US Air Force Lt. Col. Karen Kwiatkowski says that NATO’s experience and track record in combating Islamic extremism and terrorism in Afghanistan and in trying to build up state structures there has been a failure.

Slashing US Funds to Afghanistan Could Cause Country to ‘Implode,’ Experts Warn
WASHINGTON (Sputnik) — NATO’s experience and track record in combating Islamic extremism and terrorism in Afghanistan and in trying to build up state structures there has been a failure, retired US Air Force Lt. Col. Karen Kwiatkowski told Sputnik.

However, the military alliance’s lack of success in each of these fields was clear, Kwiatkowski observed.

"In each of these areas, as with the US intervention and activities in these areas, the result has been partial to complete failure, combined with a large financial burden and the loss or physical impairment of some percentage of NATO deployed soldiers," she pointed out.

NATO had failed therefore to develop any credible expertise that would likely be effective in the campaign to destroy the Islamic State (Daesh), Kwiatkowski noted.

"This sort of experience is unlikely to assist in any broader war against the Islamic State," she said.

NATO Secretary-General Jens Stoltenberg announced the alliance’s decision to formally join the campaign against the Islamic State at the alliance summit in Brussels last week.

However, NATO’s involvement in anti-Islamic State activities in Syria were bound to generate confusion as most of the alliance’s leading member states were publicly committed to toppling the country’s legitimate government, Kwiatkowski recalled.

McMaster: Trump's Decision on Sending US Troops to Afghanistan Yet to Come
"This contradictory aim has already led to confusion, failure, conflict between Russia, the United States and others, and unnecessary death and destruction in the region," she stated.

NATO was not well funded, so much of what it would promise to do against the Islamic State was unlikely to ever be delivered, Kwiatkowski added.

"The fundamental impact will be minimal, as this decision is made by a NATO leadership that wishes simply to be seen as relevant and deserving of increased funding from member states, without really changing anything that it [they] are already doing," she said.

There was "no specifically unique function that NATO is bringing to the table. It is mainly just sloganeering that may serve to fend off needed budget cuts," she stated.

The attempt to make NATO more integrated in the global fight against the Islamic State could backfire, Kwiatkowski warned.

It could "increase the likelihood of a problem in the Middle East or elsewhere, whereby some NATO country is harmed in some way, and the defense clause of the NATO agreement is invoked," she said.

The decision to join the anti-Islamic State campaign was likely to prove controversial as NATO already faced increasing unpopularity in Europe, a growing history of ineffectiveness and a lack of justification for its military capabilities and spending levels, Kwiatkowski concluded.