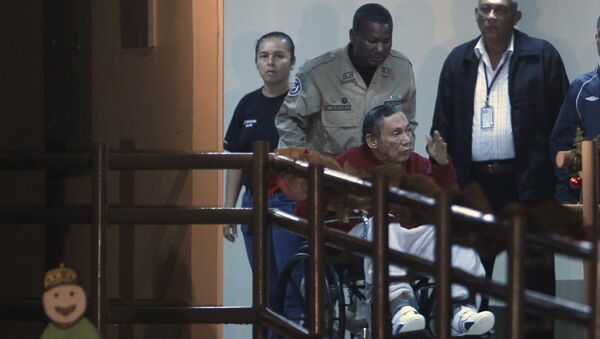 Noriega became the de facto leader of Panama in 1983, but was removed from this position after the US invasion of 1989. He was accused of drug-trafficking, money-laundering and racketeering by the US authorities and was taken into custody in 1990.

Earlier this year, Noriega was released from jail to prepare for a brain surgery. He had been hospitalized since March.