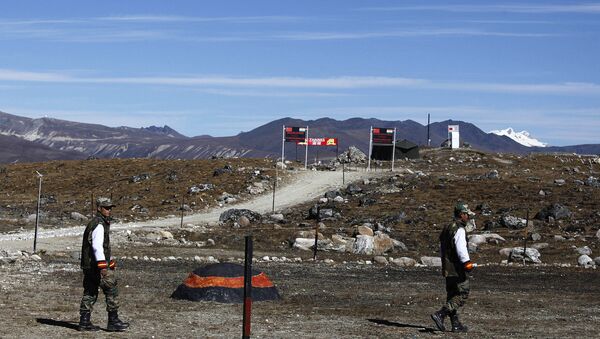 "We hope India adopts a cautious and restrained attitude on the issue before the final settlement of the border issue with China to jointly control disputes, safeguard peace and tranquility in the border areas," a statement from the Chinese Foreign Ministry said.

Asia
India Unlikely to Get NSG Membership as China Reluctant to Soften Stand
The statement further added that China and India should resolve the territorial dispute through negotiation and consultation. The Dhola-Sadiya bridge is considered strategically important for India, as it will ensure swift movement of Indian troops in Arunachal Pradesh which will strengthen the Indian defense along the Chinese border.

"China asking India to be cautious and restrained approach before settling border dispute should not be overhyped. We have an unsettled border problem and this is a reality both sides recognize. However, India building infrastructure in its eastern region is a part of grand policy of ‘Look East' and for connectivity," Geeta Kochhar, Professor in the Center for Chinese and South East Asian Studies in JNU, told Sputnik in an exclusive interview.

"I think China should have maturity to accommodate economic aspiration of other rising powers. China is keen on One Bridge, One Road, building bridges and rail networks, what is the bigger issue with this bridge? The present posturing of China is just a response to heightened media and public demands for a response. It has no serious ramifications, except the greater will of China to resolve pending disputes," Kochhar added.