Slashing US Funds to Afghanistan Could Cause Country to ‘Implode,’ Experts Warn 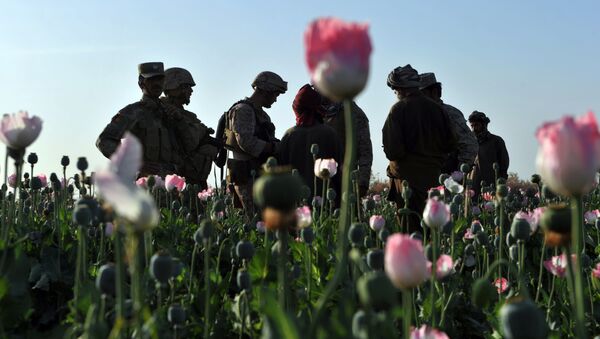 As the Taliban makes a resurgence in Afghanistan, regional experts say that a bipartisan bill recently introduced in the US congress that seeks to cut US funding to Kabul could have a devastating impact on the ravaged country’s national security.

Regional powers – as well as militant extremists – may view the withdrawal of US dollars as a harbinger of the Afghan government’s inevitable collapse, according to Anthony Cordesman, Arleigh A. Burke Chair in Strategy at the Center for Strategic and International Studies (CSIS).

"This [legislation] would be essentially telling the entire region, as well as terrorists and insurgents, that the Afghan government has no practical chance at surviving,"

First introduced by representatives John Garamendi (D-CA) and Walter Jones (R-NC) in March, the support-slashing measure would exempt only intelligence gathering entities and the US embassy. If passed the bill would take effect in October 2019.

Over the past decade Afghanistan has received more than $100 billion in international aid, with most of it coming from the US, though there hasn’t been much success with long-term construction projects.

The bill also notes issues of funds beings misused, citing a 2016 article in USA Today that detailed, among other examples, a $6-million dollar operation to import Italian goats to boost Afghanistan’s cashmere industry, including setting up a lab, a farm and hiring a staff to certify the wool.

During a Senate hearing at the time, Special Inspector General for Afghan Reconstruction (SIGAR) John Sopko said that such operations took a "scattershot approach to economic development," and lacked "strategic direction."

An ongoing investigation by SIGAR suggests that hundreds of millions of US taxpayer dollars may have been paid annually to as many as 200,000 Afghan National Defense and Security Forces “ghost”  troops that don’t exist.

The bill, sponsored by six Democrats and three Republicans, was proposed chiefly to force a debate about whether there’s value in the US continuing its involvement in Afghanistan and what Washington’s goals are in that effort.