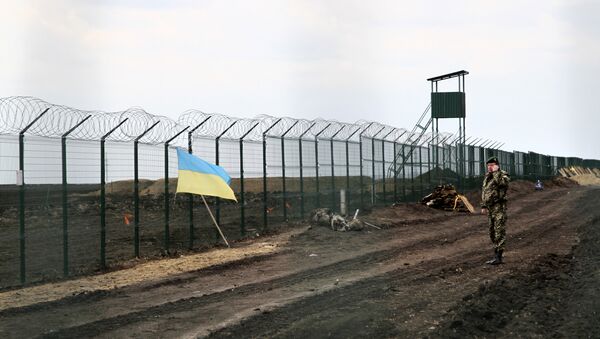 Oleksander Turchinov, the head of Ukraine's National Security and Defense Council, a powerful advisory body to the Ukrainian president, has proposed building "an insurmountable fortress" on Ukraine's border with Russia. Russian commentators laughed themselves to tears over Kiev's latest maniacal proposal.

In a statement addressed to Ukraine's Border Guard Troops on the occasion of their national holiday, Turchinov said that while the country's border with the EU should be made into a convenient and reliable one, and equipped in accordance with Western standards, the eastern border with Russia must become "an insurmountable fortress."

"Today, it is important to equip the state border in the West according to European standards – [making it] a convenient and reliable one, and in the East –to create an insurmountable fortress. I am confident that our border guards will adequately fulfill all the tasks set by the country!" the official said.

Meanwhile, in Ukraine: Kiev Mulls Severing Rail Traffic With Russia
Turchinov made the remarks during the celebration of Border Guard Day on Sunday, a holiday that is also celebrated in Russia, and has its origins in the Soviet period (a period in history that Ukraine's post-Maidan leaders openly despise).

This isn't the first time Ukrainian officials have voiced grand ambitions about building a 'great barrier' along the frontier with Russia.

During Yatsenyuk's term in office, the eastern border fence became one of the then-new post-Maidan government's biggest projects, with a price tag of over $200 million. Eventually, the project broke out in scandal after it was discovered that much of the money meant for the barrier was simply stolen.

Moreover, sections of the 'wall' designated complete turned out to be nothing more than bare metal fences, which without active upkeep had simply become overgrown with weeds, blending into the surrounding environment. Ukrainian lawmaker Borislav Bereza called the laughing stock of a project a "garden wire netting [that] wouldn't even stop a rabbit." 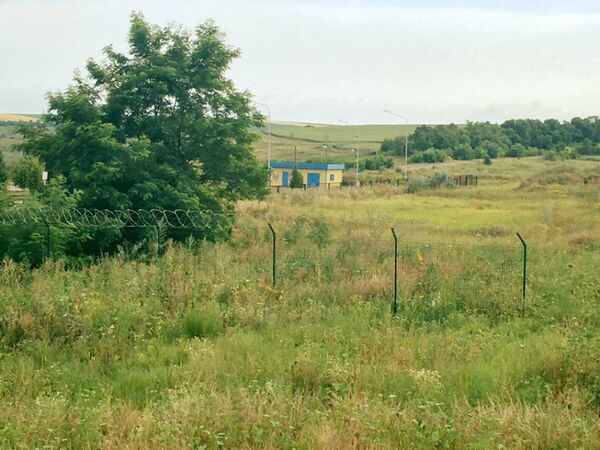 Chunk of the 'wall' on Ukraine's border with Russia
© Photo : Lena Sotnyk facebook

Poroshenko Tells G7 Leaders Scary Stories About Omnipresent 'Kremlin Tentacles'
Earlier this year, officials in Kharkov Region, where a large chunk of the wall was supposed be built, announced that work on the project, dubbed the 'European Rampart', had been halted due to lack of funds.

As for Yatsenyuk, he resigned in disgrace in April 2016 amid a massive corruption scandal that had broken out three months earlier. In February, Yatsenyuk returned to to the spotlight to give President Donald Trump advice on building a border wall with Mexico.

In the meantime, Russian commentators have already taken to social media with jokes about Turchinov's proposal.

"Turchinov is going to build an 'insurmountable fortress on the border with Russia." Image caption reads "And what do you call this then?"

"Turchinov has proposed creating an insurmountable fortress out of Ukraine's border with Russia. Just start by building a concrete sarcophagus over the whole of Ukraine."