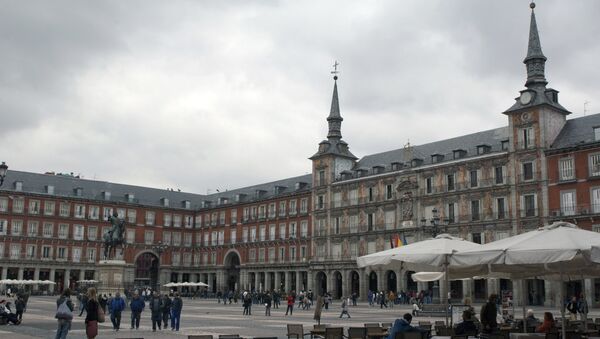 MOSCOW (Sputnik) – Today is a good moment for developing a dialogue between Spain and Russia despite the existing differences in the countries’ positions on a number of issues, Spanish Ambassador to Russia Ignacio Ybanez Rubio told Sputnik.

"It is a good moment now. We believe that relations with Russia are very important, Russia is a great European country. From a political perspective, we have good bilateral relations. However, there are issues, on which we have different positions. Primarily, that is the Crimean issue and the situation in eastern Ukraine, on which Spain as well as other European states have a clear position," the Spanish ambassador said in an interview.

Ybanez pointed out that Spain did not recognize Crimea’s rejoining with Russia and called on all parties to the Ukrainian conflict to abide by the Minsk agreements. At the same time, Ybanez believes that there are many issues that should be subjected to discussions with Russia.

"We should continue to make efforts in order to make closer our position to the issues, on which we have differences, and to work jointly in the spheres where there are no differences," the diplomat said, adding that economic cooperation is one of the key spheres in bilateral relations.

Spain, Russia Should Team Up in Spheres Not Targeted by Sanctions – Ambassador
Ybanez added that June 6-7 visit of the Spanish foreign minister to Russia would promote such dialogue between the two countries.

Russian relations with Western countries, including Spain, deteriorated in 2014 after Crimea’s decision to rejoin Russia and the eruption of a conflict in the eastern Ukrainian region of Donbass. The West accused Russia of meddling in Ukrainian internal affairs and imposed sanctions on Moscow. Russia has consistently denied the allegations, pointing out that the policy of sanctions is counterproductive.