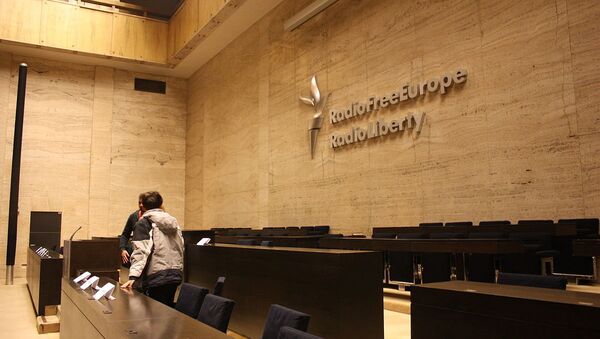 © Photo : Krokodyl
Subscribe
A review conducted by the Office of Inspector General (OIG) for the US Department of State and Broadcasting Board of Governors (BBG) revealed a number of infractions in the inner workings of Radio Free Europe/Radio Liberty (RFE/RL).

Since 2014 the US Congress has steadily increased the organization’s budget, from $93.75 million to $108.6 million in 2016 fiscal year, allowing RFE/RL to considerably expand its television and radio broadcasts in Eastern Europe.

However, the OIG inspection conducted in late 2016 revealed a number of notable infractions in the broadcasting organization’s operations.

For example, it turned out that 11 out of some 45 RFE/RL contracts reviewed by OIG lacked the required documentation. As it turned out, the contracts had no written approval from the BBG authorizing the expenditure, and eight of these contract renewals didn’t even have the vendor’s signature.

The audit of the media agency’s cash count procedures also yielded some discrepancies, as the inspection of the Kiev news bureau turned up three blank checks apparently used to replenish a petty cash fund.

Also, nearly half of the RFE/RL employees – 449 out of 1,049 people – had failed to sign the required conflict of interest disclosure form.

Last but not least, the inspection revealed that RFE/RL did not have an effective IT security program and lacked "information security policies and procedures that addressed internal controls standards, including a risk management process to safeguard its systems and information," while many of the organization’s security policies and procedures "were overly general and had not been revised in some time, with some dating as far back as 2005."

The Broadcasting Board of Governors concurred with the set of seven recommendations issued by OIG as a result of this audit, and has apparently moved to address the issues uncovered in the report.