Two Weeks Or We're Out of Here: Berlin Hands Ankara Ultimatum Over Incirlik 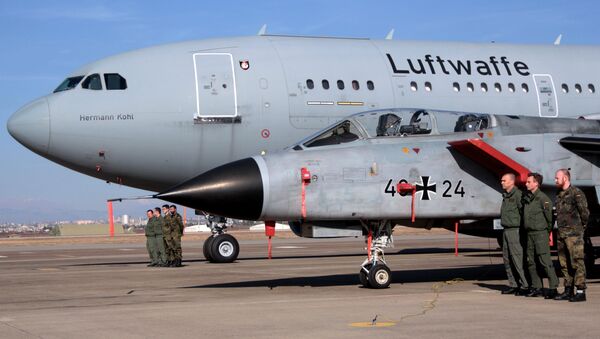 Germany has decided to give Ankara two weeks to resolve their dispute over the Incirlik air base, where German deputies were refused access to Bundeswehr troops earlier this month.

Erdogan to Allow German Lawmakers Access to Incirlik Base Under One Condition
The German government has given Turkey two weeks to resolve issues regarding Berlin's use of the Incirlik air base, or the Bundeswehr will move its contingent to a different base, German officials said on Friday.

At a meeting for Bundestag deputies on Friday, officials from the foreign affairs and defense ministries said that they planned to hold two weeks of talks with Ankara over the issue, before taking a decision on whether to relocate, Spiegel Online reported.

Incirlik is mainly used by the Turkish and US armed forces, but Germany has around 260 Bundeswehr soldiers, Tornado jets and aircraft tankers at the base, to assist with anti-Daesh operations.

Berlin has threatened to move its contingent to Jordan, Kuwait or Cyprus after Turkey denied a group of Bundestag deputies the right to visit German troops at Incirlik, after they planned a visit on May 15. 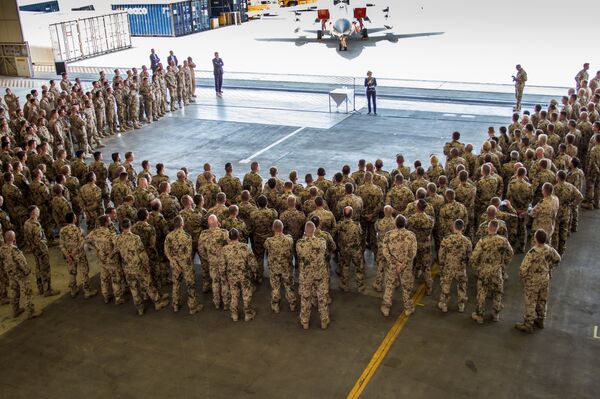 Ankara's recent refusal is not the first time German deputies have been unable to visit Incirlik because of political differences. In June 2016 Bundestag deputies were also denied permission to visit the base after the German Bundestag passed a resolution that recognized the 1915 Armenian Genocide.

Is Pentagon's Air Base in Kobani an Alternative for Turkey's Incirlik?
In September 2016, the German defense ministry budgeted for the investment of €58 million ($65 million) in military infrastructure at Incirlik, including €26 million on an airfield for German Tornado reconnaissance aircraft and €30 million on a Luftwaffe command post, plans that will now be on hold.

Last week, German Chancellor Angela Merkel said that German deputies have an "inalienable" right to visit the troops, "otherwise we will have to leave Incirlik."

She promised to raise the issue with Turkish President Recep Tayyip Erdogan on the sidelines of the NATO summit in Brussels last week, but their 20-minute discussion failed to reach a compromise.

For his part, Erdogan said that Germany's exit from Incirlik would not present a problem for Ankara.

"If that is what they want to do, it's not a big problem for us. If they go, we will say, 'goodbye,' nothing further," The Turkish President said.

According to Spiegel Online, German diplomats put a brave face on the dispute on Friday, telling the Bundestag that they had managed to get permission from Turkey for deputies to visit forces at the NATO airbase in Konya, where German crew are taking part in airborne reconnaissance missions using AWACS aircraft.