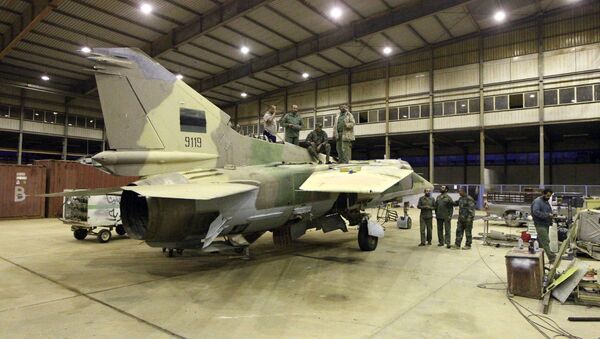 "The coordinated strikes of the Libyan and Egyptian air forces against terrorists are under the direct control of the head of the Libyan National Army Khalifa Haftar, who is in the joint operational headquarters," Mismari said as quoted by Sky News Arabia.

The Egyptian Air Force has been carrying out airstrikes against the positions of terrorists in eastern Libya in coordination with the Libyan Air Force since Friday, following the attack on Coptic Christians in Egypt, which claimed the lives of at least 29 people.

According to the Egyptian Armed Forces, the army attacked those terrorist targets, whose involvement in a recent attack on the bus with Christians in Egypt's Minya province was confirmed.