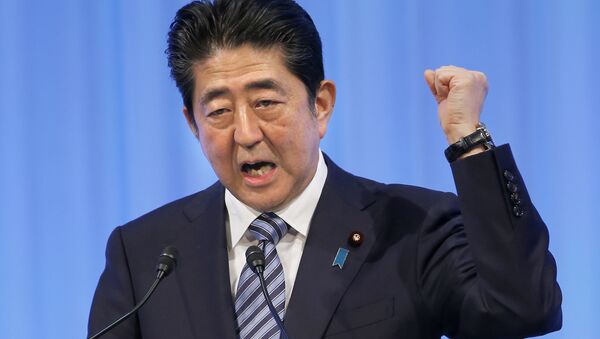 Mattis: War With North Korea 'Would Bring Danger to Russia and China'
TOKYO(Sputnik) — Japan will take concrete actions jointly with the United States in order to respond to North Korea’s repeated provocations as the latter has fired a missile earlier in the day, which fell in Japan’s exclusive economic zone,  Abe said Monday.

Earlier in day, Japanese Chief Cabinet Secretary Yoshihide Suga said at a press conference that Tokyo expresses strong protest to Pyongyang as the latter has fired a missile from the North Korean city of Wonsan on Monday’s morning at 05:40 am local time (21:10 GMT on Sunday). The official said that the missile launch is a violation of UN Security Council’s resolutions.

“North Korea ignores numerous warning of global community, continuing to do provocative actions. It is unacceptable. As it was said at the G7 summit, the North Korean problem is one of the most crucial in the world. In order to suppress North Korea we will take actions jointly with the United States. We will also cooperate with the global community and we will do everything to ensure security for the nation,” Abe told reporters.