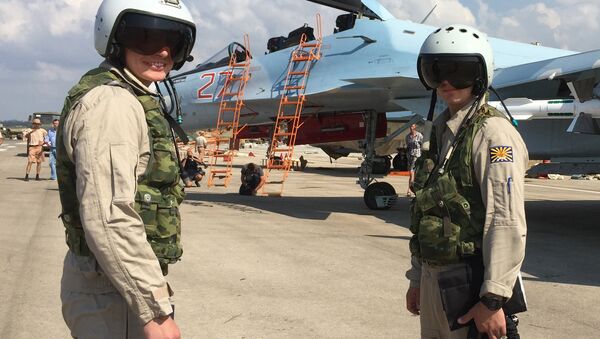 The announcement that NATO will join the campaign to counter the violent extremist group Daesh means nothing but that the military alliance is not striving for tactically effective cooperation with Russia in the Middle East, US analysts told Sputnik.

NATO Chief Sends 'Empty' Political Message in Vow to Join Anti-Daesh Coalition
WASHINGTON (Sputnik) — NATO Secretary-General Jens Stoltenberg’s announcement that the alliance would join the battle against Daesh (banned in Russia) would have zero impact on the struggle.

On Thursday, Stoltenberg said in a briefing said the alliance would provide support like air-to-air refueling and intelligence sharing, but did not intend to deploy ground forces.

Quigley noted that although Stoltenberg hinted that he was prepared to seek improved relations between NATO and Russia, he also ruled out any real and tactically effective cooperation in the battle against Daesh.

"The thrust of his statement is that NATO will operate separately from Russia," he said.

'All NATO Is Good for Is Increasing the Threat to Europeans From Jihadists'
University of Pittsburgh Professor of International Relations Michael Brenner told Sputnik that Stoltenberg’s pledge was devoid of any effective content and that no contribution to the anti-Daesh campaign of any significance at all would occur.

"What is the significance of this step and its possible impact? Absolute zero," Brenner said.

"This is pure theater. All NATO members committed themselves to full cooperation more than three years ago. So absolutely nothing new will occur," he said.

Stoltenberg’s comments came right after President Donald Trump publicly criticized European-members of the NATO alliance for refusing to meet their financial and military obligations to it. His rhetoric about joining the fight against Daesh therefore lacked any substance or credibility, Brenner suggested.

NATO Summit in Brussels: Trump Shows 'Who the Boss is in the Alliance'
The promise of support was "motion as a facsimile of action," Brenner said.

Brenner criticized the NATO member governments for staying silent and refusing to examine and discuss how their own activities such as toppling the government of Libya and fanning the flames of rebellion and civil war in Syria had boosted support for terror groups.

"NATO has failed to discuss what really counts: how their self-defeating actions in the Middle East spur terrorist acts. Why no such discussion — then or now?" he asked.

Stoltenberg also made clear the alliance would not provide any additional ground troops or combat aircraft to provide tactical support in the actual fighting.