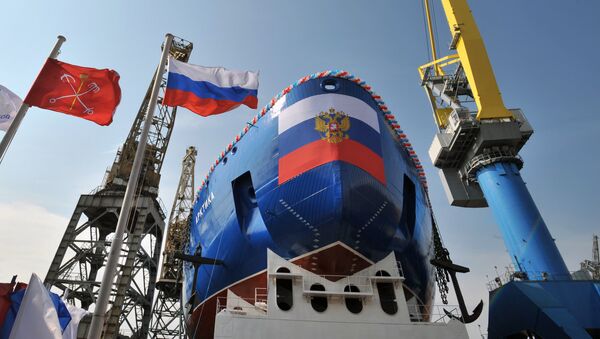 Russia's largest bank Sberbank will provide the Baltic Shipyard shipbuilding company with a loan worth up to 8 billion rubles ($141 million) to fund the construction of the next-generation Arktika nuclear-powered icebreaker, materials published on the government procurement website on Friday stated.

MOSCOW (Sputnik) — According to the documents, the credit line is opened for a period leading up to December 31, 2019.

The Arktika, the first project ship and the first nuclear icebreaker to be fully built in modern-day Russia, was successfully launched at the Baltic Shipyard in St. Petersburg in June 2016. The icebreaker is expected to be handed to the Rosatom state atomic energy corporation in May 2019 for its needs in the Arctic region.

The Arctic region is considered to be a major source of hydrocarbons, minerals, fresh water and fish, however, it is mostly covered by ice. The region's resources are a matter of interest for states bordering the area. Icebreaker fleets are needed to escort vessels in the area.