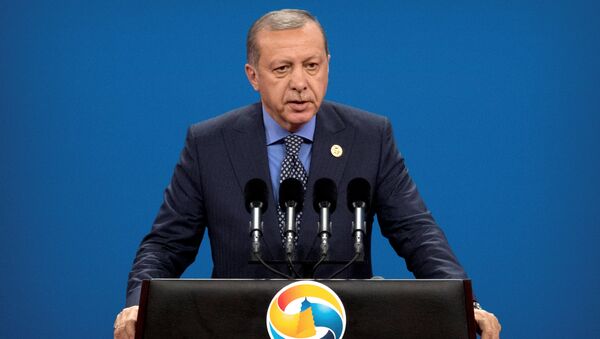 © REUTERS / Mark Schiefelbein/Pool
Subscribe
Turkish Foreign Minister Mevlut Cavusoglu praised on Friday the results of the latest meeting of Turkish President Recep Tayyip Erdogan and top EU officials, saying that the latter were "much more positive" than before.

The talks were carried out on Thursday in Brussels and focused on the relations between Turkey and the European Union.

"Turkey has to do its homework but EU shouldn't forget that also EU has a lot of homework … EU should also review and revise its many failed policies," Cavusoglu said at a press conference with Slovakia's Foreign and European Affairs Minister Miroslav Lajcak, as quoted by the Anadolu news agency, adding that the Thursday negotiations were "fruitful and useful."

Turkey Interested in Continuation of EU Accession Bid With 'Win-Win' Outcome
The minister added that, on Thursday, the top EU officials were "much more positive" than before.

The statement came amid the recent and significant deterioration of EU-Turkish relations. The European Union is concerned over the outcome of the recent Turkish referendum, which granted the sitting Turkish president with more powers, as well as with Ankara's suggestion on reintroducing the death penalty. Earlier this month, Juncker said that if Turkey reintroduced capital punishment, it would mean the end of the country’s talks on the accession to the European Union.