Egypt Retaliates for Christian Killings with Airstrikes in Libya 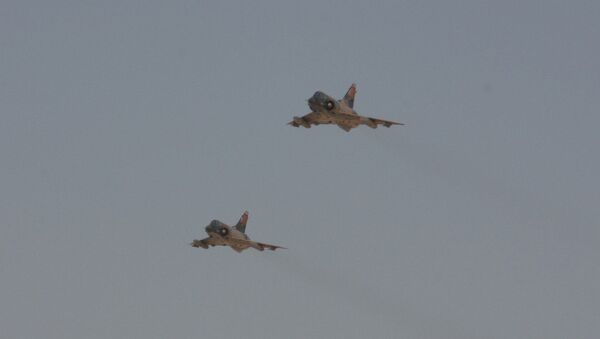 Egypt Red-Lights New Western Intervention in Daesh-Ridden Libya
The bombings were aimed at terrorist outposts, Egyptian President Abdel Fattah el-Sisi said, adding that any form of state-sponsored terrorism should be punished. Anyone who attacks Egypt, whether they're from inside or outside Egypt's borders, will be targeted, the president added. Six "terrorist" camps were struck by the sortie, Egyptian TV reported.

Earlier on Friday, 28 Coptic Christians were ambushed and killed while en route to St. Samuel the Confessor Monastery in Egypt's Minya province. It is not entirely clear who murdered the Copts, but Daesh has done this on previous occasions.

The bases targeted by Egypt are thought to be the assailants' training grounds, according to Egyptian military officials, who have said they first confirmed that the extremists targeted were involved in the attack on Christians. The strikes occurred in the port city of Derna. Al Qaeda affiliates and Daesh have fought for control of the former Barbary State province in recent years. Egypt says the strikes are "ongoing." East Libyan forces later said they had taken part in the strikes, which targeted Al Qaeda-affiliated groups, and that a ground operation would follow.

​Since the Gaddafi regime fell, Libya has become a textbook example of a failed state where terrorists roam relatively unfettered.

US President Donald Trump condemned the murder of Christians. "Evil organizations of terror" with a "thuggish ideology" are culpable for the attacks against Christians, he said.

"America stands with President [Abdel Fattah] Al Sisi and all the Egyptian people today, and always, as we fight to defeat this common enemy," Trump stated. "America also makes clear to its friends, allies, and partners that the treasured and historic Christian Communities of the Middle East must be defended and protected."

One of the suspects in the recent Manchester Arena attack has family links in Libya.

In a separate incident, militia fighting in Tripoli, Libya, resulted in the deaths of 28 people while 130 more were wounded.