Russian Envoy: NATO Summit 'Has Not Changed Anything' in Bloc's Ties With Moscow 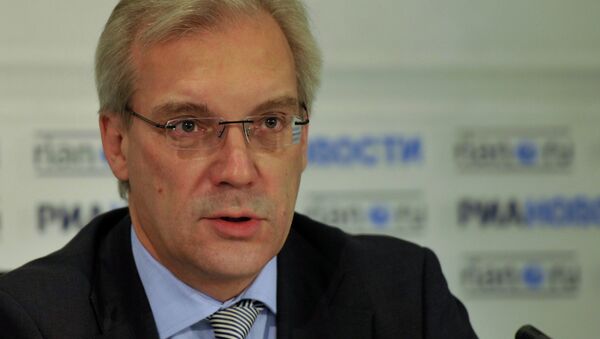 Russia's Permanent Representative to NATO Alexander Grushko that the summit on Thursday did not change the bloc's relations with Moscow.

On Thursday, Brussels hosted a meeting of NATO leaders with the participation of first-time attendee US President Donald Trump. The agenda of the NATO summit included such issues as the alliance's role in fight against terrorism and burden-sharing across the bloc.

“No, it has not changed anything and we did not expect any changes, the decision made at the Warsaw [summit] remain in force,” Grushko said.

NATO-Russia relations have gone downhill after Crimea’s reunification with Russia and the Ukrainian crisis. In 2014, NATO decided to suspend projects of practical civilian and military cooperation with Moscow, but maintained channels of political dialogue.