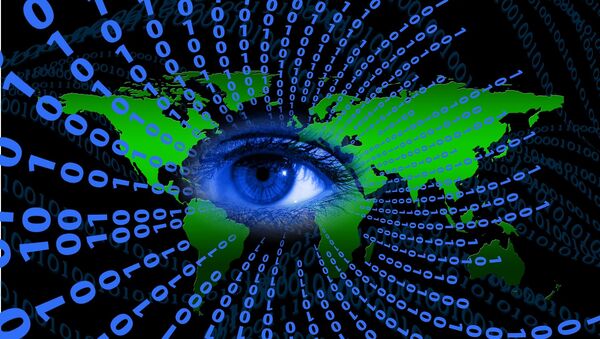 © Photo : Pixabay
Subscribe
The UK government aims to push through orders forcing all communications companies to break data encryption. An anonymous government minister has been quoted in the mainstream media as saying "we will do this as soon as we can after the election," and "social media companies have been laughing in our faces too long."

The response comes after the Manchester bombing atrocity, that saw 22 killed. While there is nothing to suggest access to encrypted data would've averted the strike (the attacker was certainly known to intelligence services via traditional analog means), UK politicians have repeatedly jumped at any possible opportunity to attack encryption for its alleged criminal and terroristic connotations.

​Most notoriously, in the wake of the March terror attack in Westminster, Home Secretary Amber Rudd said it was "completely unacceptable" that authorities were unable to view attacker's Khalid Masood's encrypted WhatsApp messages, and argued  there should be "no place for terrorists to hide."

Thoughts to Manchester. I really hope the government does not use this to push the encryption/privacy agenda, but I’m sure they will.

​A requirement for companies to remove electronic protection for communications was included in the 2016 Investigatory Powers Act last year, but requires formal approval by both Houses of Parliament before taking effect. In May, a draft version of the Act was leaked, which ​included rules that would compel all communications companies — including phone networks and ISPs — to provide real-time access to any named individual's full content within a single working day, as well as any "secondary data" related to that individual, including encrypted content.

It would also legally require UK communications firms to introduce backdoors to their systems, so authorities can monitor any and all communications. In addition, such businesses would be required to facilitate bulk surveillance by introducing systems capable of providing real-time interception of 1 in 10,000 customers — in essence, the government would be capable of spying on 6,500 individuals simultaneously. One portion of the paper, covering requirements for postal operators, would allow the government to "open, copy and reseal any postal item."

"The utter ignorance of the people making the decisions is abhorrent. This is blatant Stasi levels of spying. It isn't about the web anymore, this is 100 percent mass surveillance. Are the government going to stop people doing encryption by hand now? It's impossible to uphold such stupidity. The obvious result of banning encryption would be to shift more and more communications over to the dark web, anyway," Mr. Walker said.

It may be the government intended to bulldozer the act through Parliament prior to the election, but widespread public outcry over the Act's requirements derailed such plans — although the Mancunian tragedy has provided the government with an ideal opportunity to again make the case for an end to encryption. Polls suggest the Conservatives are likely to win the impending general election, potentially with an increased majority, making passing such measures easier than previously.

Still, even if the Act does pass, many of the communications firms involved are not UK but US companies — and most have made clear they are steadfastly opposed to constructing "backdoors" to their services.

Moreover, while the European Union has proposed legislation that will fine major internet services such as Google if they do not remove illegal content from their services in a specified timeframe, neither the Commission nor Parliament have mentioned encryption so far. As a result, it's not certain whether the UK government's aspirations to destroy encryption will become reality — communications companies, Parliament and the courts may prove insurmountable hurdles.