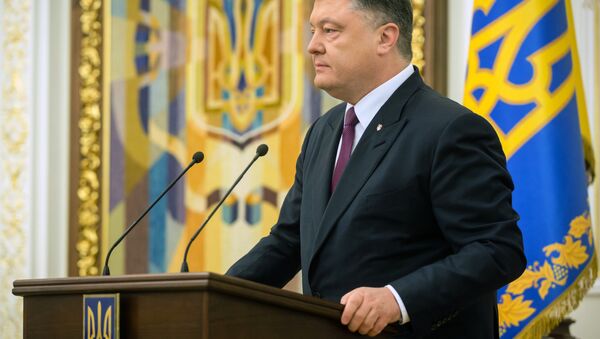 "Petro Poroshenko and Emmanuelle Macron spoke in favor of intensifying the work in the Normandy Four format," the press service said.

Germany Ready to Intensify Work of Normandy Four on Ukraine - Kiev
Kiev launched a military operation in the east of Ukraine in 2014, after local residents refused to recognize the new government that recently came to power. The ceasefire agreement was reached in Minsk in 2015, brokered by the leaders of the so-called Normandy Four group, comprising leaders of France, Germany, Russia and Ukraine, but the situation has remained tense.

On March 15, the Trilateral Contact Group decided to declare on a new ceasefire in Donbass for the duration of the Easter holidays starting on April 1. However, the ceasefire failed to hold with both sides of the conflict continuing to blame each other of violations.

Russian President Vladimir Putin said on May 2 that new agreements on the crisis settlement in Ukraine should not be discussed until the already existing agreements have been fully implemented.