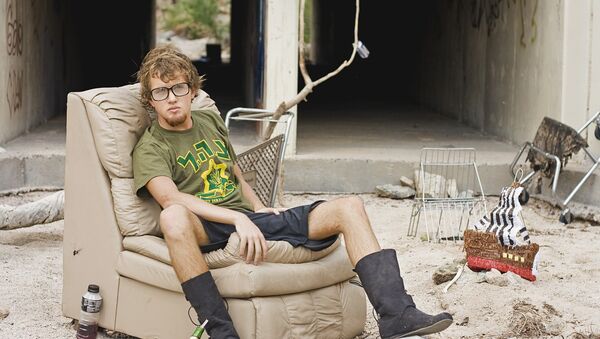 © Photo : Pixabay
Subscribe
London's economy generates a US$34.4 billion (£26.5 billion) surplus, which effectively subsidises the UK’s poorer regions, a public finance breakdown issued by the Office for National Statistics has revealed. The figures highlight how the capital's wealth is used to conceal severe and increasing impoverishment in many parts of the country.

The data marks the first time the ONS has broken down the UK's budget deficit by region. The findings demonstrate a mere three regions of the UK — London, the south-east and the east of England — ran a budget surplus in the 2015-16 financial year.

The figures also demonstrate London has bounced back rapidly from the financial crisis of 2007-08 — the capital is even more strongly in the black than before the crash. Average tax receipts per person in London of US$20,419 (£15,750) were almost double those in the two regions raising the least revenue — Wales and the north-east.

London's lucre is effectively used by the government to narrow the country's vast and growing north-south divide, and paper over sizeable poverty in less affluent regions. While the UK is fifth in international GDP rankings as of May 2017, the country is home to some of northern and western Europe's poorest citizens.

Contrary to much mainstream wisdom, the country has not been one of Europe's economic stars since 2000 — in terms of economic growth per head, the UK's performance has been comparable to that of France, a country often accused of economic failure. As a result, Britons are no richer relative to the EU-15 average than they were at the turn of the century, although the average Briton has to work more hours than the EU-15 average to achieve that income.

The Office for National Statistics
said that 362,000 jobs were
paying below the National
Minimum Wage. Naming and
shaming is not working!

​The UK has made a poor job of achieving sustainable increases in living standards. Productivity has been woeful, falling to just 90 per cent of the EU-15 average — as a result, British wages have risen by much less than those in France and Germany. Likewise, only London and the south-east have GDPs per capita in excess of the EU-15 average, meaning a mere 27 percent of the UK population live in regions wealthier than the EU average. At the same time, poorer regions of the country have fallen further behind.

The richest (London) and the poorest regions in northern #Europe are in the #UK @Independent @InequalityBrief pic.twitter.com/5x9a0I7Dx1

​Children are more likely to be living in poverty than the general population, and the estimated number of children in relative poverty has significantly increased since 2010. However, published household poverty figures seriously underestimate the true extent of deprivation in the UK — as its title suggests, data on household poverty omits homeless people sleeping rough or living in bed and breakfast accommodation. Others are missed out too, including people living in institutions such as nursing homes or halls of residence.

There are more disadvantaged children in Britain than in many other developed economies: via @InequalityBrief pic.twitter.com/cBL8pDXhFt

​The Center for European Reform projects Brexit will aggravate all these structural economic problems.

Moreover, the feel it unlikely given the Conservatives have few MPs in poorer regions, and taxation would be unpopular with the party's core vote in the South, that the government will take the necessary measures to remedy these issues.